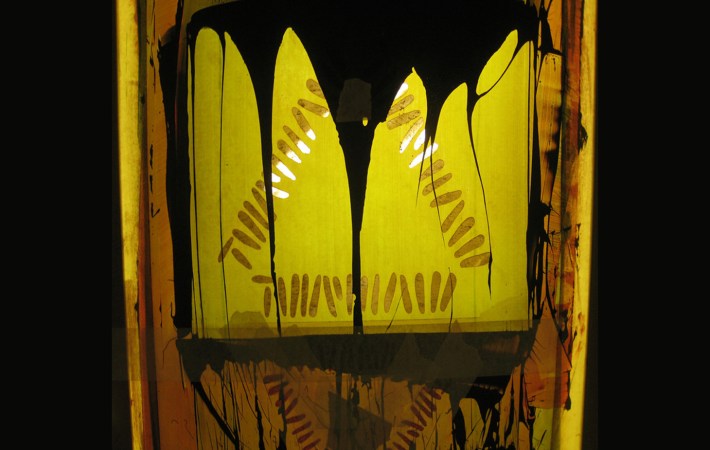 The first time I heard about Warpaint was in fall 2010, weeks before the release of their first full length album The Fool. I immediately checked my streaming service and found their 2008 EP Exquisite Corpse. It’s a big EP with six songs, totaling in 34 minutes and I fell in love with it at first listen.

Coincidentally CMJ Music Marathon happened at the same time in New York and it was the first time Elke and I went out see a few shows. Warpaint didn’t play that year (they did the year before, which lead to them signing with Rough Trade Records), but nonetheless they made music feeling more exciting to me when Elke and I went out to see some shows of other bands. I remember well, after Vanity Theft gig at Webster Hall Studio I left my bag at a bar nearby and when I went back all the way from Brooklyn to the East Village to pick it up, I was listening to Exquisite Corpse and it felt so good.

Webster Hall Studio was also the first time when I saw them live and I was rarely so excited for a show. And they didn’t disappoint: in my opinion there is no better live band than Warpaint. No matter, which stage they play on, they always make it feel like a special event – in no other band I’ve seen its members are so closely connected with each other and, in extension, connected with the audience – a kind of performance only an all-female band can give.

Exquisite Corpse and the follow-up The Fool both contain tracks that Warpaint has been developing since 2004. There are great songs on it, which they still like to play at shows. My favorite is Billie Holliday, a somewhat nonsensical semi-cover of Mary Well’s My Guy. Elephants was the closing jam in many shows and they like to play Burgundy and Krimson as a merged double feature (they are variations of the same song).

All my life I’ve been into music, but Warpaint inspired me to go a step further and actively lookout for new music and write about it: first on Twitter, then on tumblr and finally here, on glamglare.