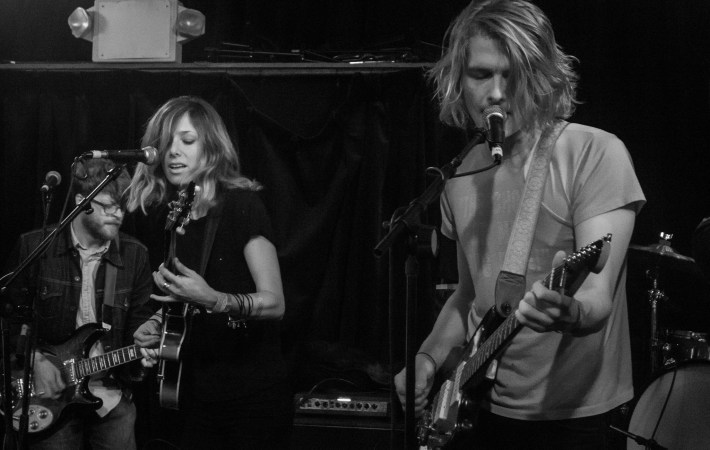 Avers are a pretty interesting band from Richmond, VA (more or less from that area) and especially interesting is the fact that all six band members who form Avers, found each other despite also (successfully) playing in other bands. In Avers, they are also not bound to one specific instrument or position but when at an Avers live show, one will see a lot of moving around on stage, bass switching with guitar, guitar with keyboard, and lead vocals with… you get the idea!

I really loved seeing these six musicians playing live together, feeling their energy, their joy of making music and performing it. Listening to Avers with headphones on, I totally dig the melange of psychedelic, shoegaze, alt-pop, garage, low-fi… despite having a hard time to identify the “one song” to be featured here.

Eventually, I decided on Harvest and you can also listen to the entire album on bandcamp or better yet, try to catch James-Lloyd Hodges, James Mason, Adrian Olsen, Alexandra Spalding, Tyler Williams and Charlie Glenn live, since Avers are currently heavily touring. For the time being, enjoy a few photos we took  at the SXSW 2015 – Atypical Beasts & AudioFemme Austin Takeover show of Avers’ live at Darwin’s Pub on busy 6th street.