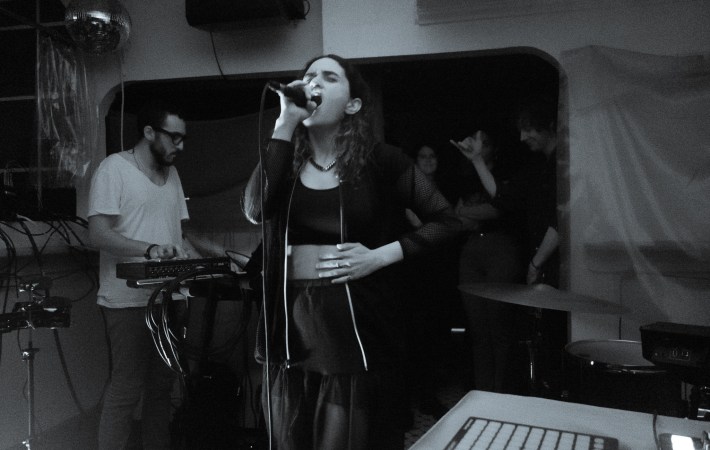 Empress Of is an electronic musician whom I first became aware of in Fall 2013, and have seen live whenever possible be it at Cameo Gallery, or in Austin during SXSW 2014 at venues as diverse as Cheer Up Charlies and Elysium or more recently at Music Hall of Williamsburg, touring with Kimbra. Last week, Empress Of  took over Elvis’ Guesthouse for a five days residency and performed on easily New Yorks tiniest “stage”, if you’re willing to call that tiny space in the back corner a “stage”. For me this certainly marked the most intimate Empress Of show to date.

The place was packed with a young, pretty happy crowd. It was a Thursday night and the DJs before and after Empress Of’s show were nicely heating up the ~150 people venue with tunes as diverse as I Can’t Go For That by Hall and Oates and current Top 100 Hits.

As for Empress Of, the stage name of Lorley Rodriguez, she performed a mix of old and new material, songs we can’t wait to hear on her upcoming debut album, truly anticipated by glamglare!

The super cool, “older” Realize You: