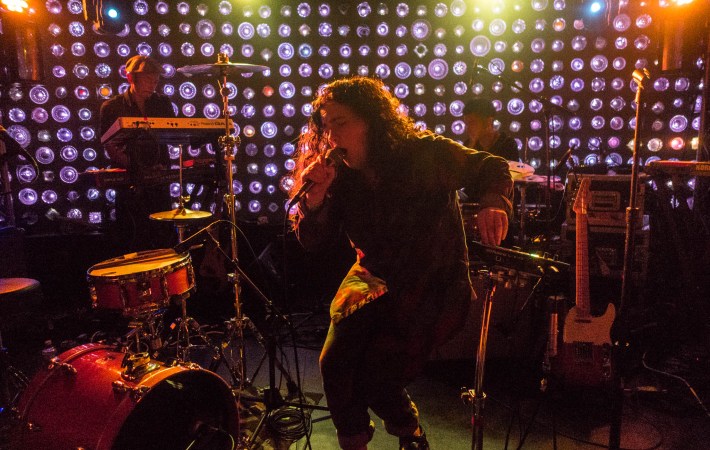 From time to time there’s an artist who hits close to my musical sweet spot (electronic, solo, female, driving beats). This year it looks like there will be even two of them and the first one, Georgia released her self-titled debut album yesterday.

Georgia is from London and a drummer by trade – she played for Kate Tempest, for example – but she plays all the other instruments on the album herself too. For her music she pulls inspirations from many places and the result is decidedly electronic rather than an electronic derivative of another genre. If feels like this is her musical style, because she chose it to be, not just because a laptop was the first and easiest instrument to express herself. Since she studied music, she had probably enough time to think about it.

But as good as the album is, it does not prepare you what she is capable of live. She had three shows last week in New York – we saw her headlining show together with The Range and Ricky Eats Acid at Baby’s All Right, which was turned into a free event last minute. From the moment she jumped on stage it was impossible to take the eyes off her. She was bouncing back and forth on stage, singing, playing guitar and hitting a stripped-down drum kit. While she had a three piece backing band, the show was completely hers. She radiated so much energy that we thought she would never stop, which unfortunately she eventually did with her latest single Move Systems. See some photos below.

Georgia is out on Domino Records. Listen on Apple Music or Spotify.