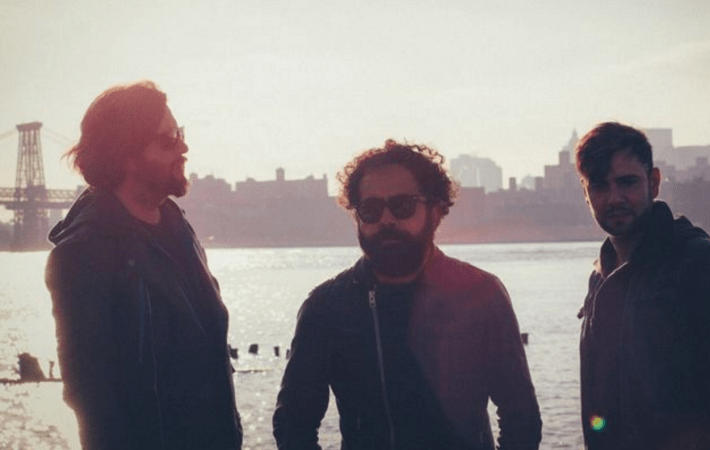 Browsing through the initial line-up for CMJ 2015, I was on the look-out for cool trios, and what’s more obvious than a band name with a number in it? Bingo! I listened to DF3 and liked what I heard: upbeat, 80s inspired contemporary synth-pop, with big choruses, great vocals and unmissable (dance) beats. I was hooked and listened to all there is on SoundCloud, with the featured Tell Me maybe being the stand-out track.

Who are DF3? The band is comprised of the three friends Lino, Coa and Joe, each one of them was and is a professional musician and producer, before they came together to form DF3. Looking at their site to find out more, it becomes clear that the three have produced their sound themselves, yet got support from mixing talents behind some very popular musical acts.

There’s one band video so far, for the super catchy Tell Me, shot in my neighborhood aka Williamsburg and also out at Coney Island. The visuals are as intriguing as the song:

Now that you got into the groove with Tell Me, listen to the equally bouncy and persuasive Gotta Run which is not just “more of the same” but really shows a not-to-be-missed cool synth-pop band in the making: