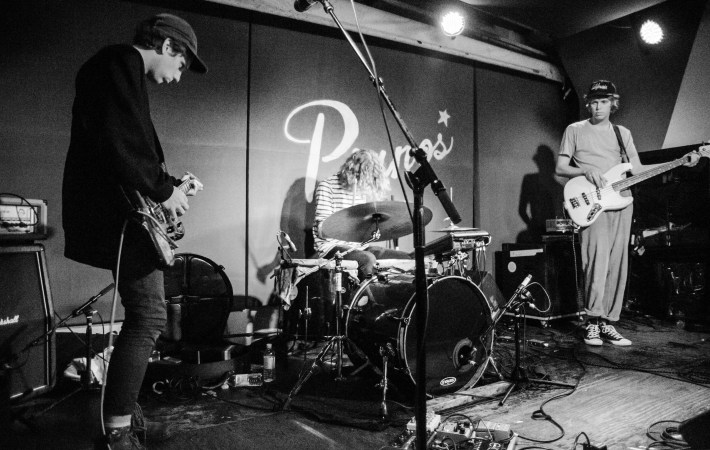 With having played six or more shows during CMJ 2015, Methyl Ethel were hard to miss and yet I only made it to one of their shows, the one at Pianos. Before Jake Webb (vocals, guitar), Thom Stewart (bass) and Chris Wright (drums) took the stage, I ran into Thom at the bar and we chatted a bit until he had to head onto stage…

Admittedly, Methyl Ethel was THE band I was most excited about to see during CMJ 2015 (wrote about it here and here) and while their live set certainly was good, it didn’t excite me as much as I thought it would. Blame it on them having traveled all the way from Perth, Australia and having been handed around by big name magazines from NME to Rolling Stone as the “Next Tame Impala”,  or blame it on this having been a 5:30 PM show, on a Wednesday… I definitely would love to see a whole set of Methyl Ethel and fully indulge in their music – and being able to focus on just THEM.

While there certainly are worse comparisons as the one with Tame Impala, I still think it doesn’t cut it and doesn’t give enough credit to the incredible talent and originality of Methyl Ethel. Both bands come from the same continent and make guitar driven music but while Tame Impala’s latest album is basically drawing from the same theme over and over again, each song of Methyl Ethel is fresh and different, and a little gem of its own.

Enjoy here some concert photos and listen to Twilight Driving as well as Rogues of their first full length album Oh Inhuman Spectacle.