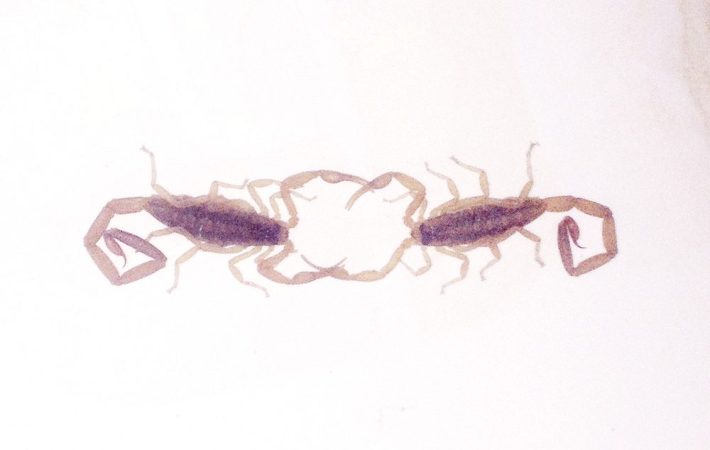 The first time I listened to “Wabi-Sabi” was at a beach, which caused something like a complete disconnect between the sensations signaled to my eyes and ears. There are the glistening sea, bright colors and people having fun in front of me, but Cross Record’s music comes from very different place: dark, mysterious and haunted. Where it actually comes from is a ranch in the outskirts of Austin, Texas where Emily Cross collaborated with her husband Dan Duszynski and the L. A. producer Theo Karon for her second album after 2013’s “Be Good”.

The album sets the mood right from the beginning with the opener “The Curtains Part”, starting with someone frantically – and not very skillfully – strumming a guitar right into your ears: that’s a sound you will hear in one or the other form throughout the album. Then Emily Cross’ breathy vocals set in, before a Björk-style String and Brass Orchestra takes the stage. Wow! But bear with the record, you just have passed the heaviest and most difficult piece of the album.

Because starting with track two, the music turns to songs full of beauty and emotion and becomes far more accessible. There is “Gold Rings” with its catchy marimba line and “Steady Waves”, which sounds like what I imagine a collaboration of Mazzy Star and Radiohead would sound like. “Basket” reveals a more intimate, eerier side of Cross Record, before in “Wasp in a Jar” Emily’s vocals and the guitars solidify to something close to a rock song. Each track turns and twists, there are guitars, electronics and what else on this record and it takes quite a few listens to wrap one’s mind around what is happening here.

In the end, “Wabi-Sabi” is a beautiful album, one that sticks with you for a long time and I would love to see them playing live at their hometown mega festival SXSW.

“Wabi-Sabi” is out tomorrow on Ba Da Bing Records.