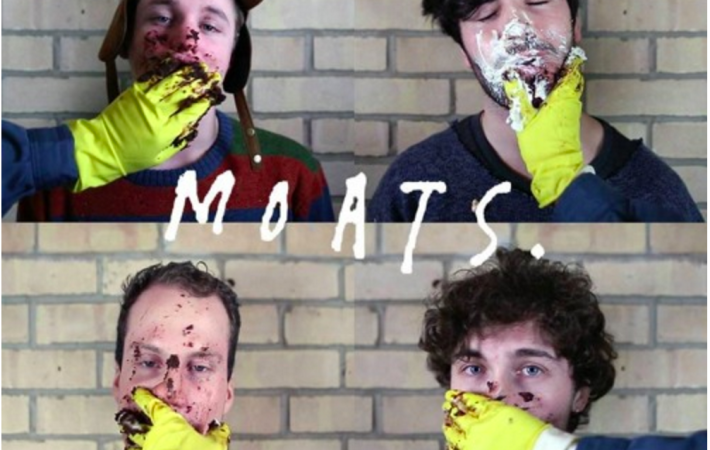 Syncopated drum beats, clear bass lines, defined guitar riffs, and then those stunning vocals – it all comes exquisitely together in “Hungry” and touches, twirls and drifts apart again. This is one incredibly awesome gem of a song, released by the British four-piece “Moats” and our Song Pick of the Day.
While you listen to “Hungry”, learn more about the track from the band themselves: “We wanted to keep the song as spacious as possible so each element of the track could be heard individually as well as within the song as a whole. We spoke about what emotions we wanted to portray and particularly focused on making sure that in each section the music reflected the lyrics – Lyrically the song focuses on craving something really  badly and constantly working hard towards feeding that craving”.
And I am craving more of this, like…  an entire album full of the good or maybe an EP, soon?