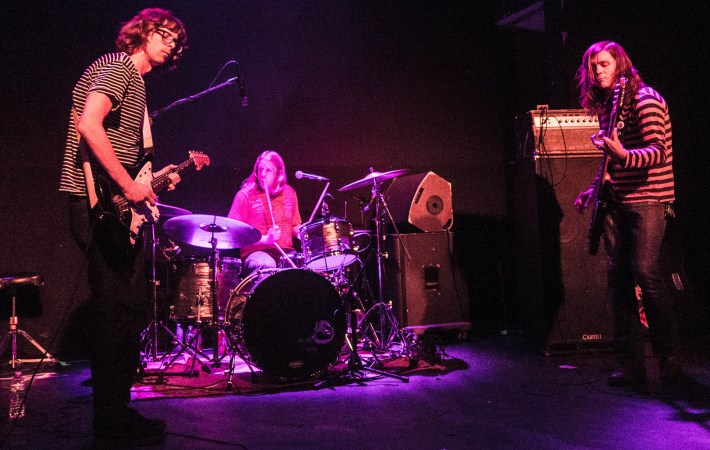 When Dead Stars started to play, they kept it with a pleasant mix of known and new material, so that everybody could hum along, having a good time. A live show also always being a visual experience, I totally liked seeing them being clad in striped t-shirts of different kind of colors, stripes and styles. Somewhat a unity and then again each his own. Great idea! I’ve seen Dead Stars a good 18 months before, and liked them back then and liked them even better now. Heartfelt and honest show for a solid and cool album.

If you liked “Slumber”, Dead Star’s debut album,  you’ll definitely like “Bright Colors” too, because it’s simply more of the same. The same that’s good. No bells, no whistles but straightforward, beautifully crafted guitar rock. And honestly, as much as I love all the different indie-music varieties that are out there these days, there are times when I crave something solid and “Bright Colors” fulfills exactly that. On top of it? Dead Stars were great fun to watch live and I can’t wait to seeing them again in Austin, TX when Brooklynites seek out fellow Brooklynites, because, you know, it’s fun to meet on ‘foreign’ ground…

Listen to one of the many cool songs on “Bright Colors”, maybe my favorite “Stay Here”:

And one from “Slumber” that the #3IsABand played on Friday as well, “Someone Else”: