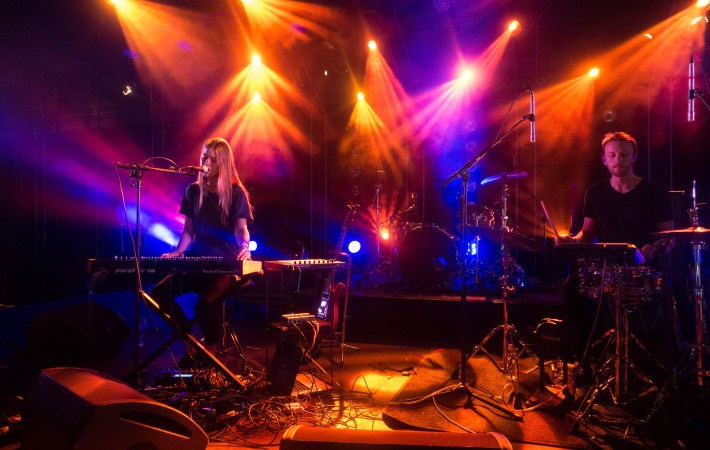 What better way to start our post-SXSW coverage than with one of the artists I was most excited to see live: L.A. via Minneapolis artist Morly (only a slight deviation from her real name, Kate Morley). She has already released her first EP “In Defense of My Muse”, a beautiful, mostly instrumental affair last year, but her new material positions her as a singer as much as a cutting-edge electronic producer. Listen to her brand new single “Plucky” here:

Live she is accompanied by a drummer, who has to show a lot of restraint: rarely Morly’s beats fall into traditional kick-snare patterns and most drum hits feel like carefully placed at somewhat odd moments in a song. Kate herself plays keyboard and some guitar, all while sitting down, which works well for a shorter set. In any case, there is nothing more rewarding than watching a new artist’s talent unfold live on stage, in particular, if it is bathed in that grand light show at the Hype Hotel. Just look at these photos:

Morly’s EP “Something More Holy” is out April 8 on Cascine.