3 Is A Band: SXSW2016 Recap of the Most Memorable Trios 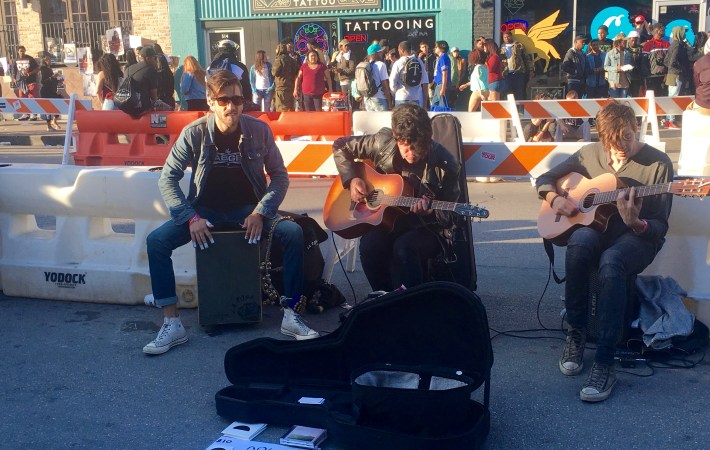 3 Is A Band: SXSW2016 Recap of the Most Memorable Trios

Before heading out to Austin to this year’s South By South West Festival, I decided on 16 trios I was most looking forward to seeing live, and while I couldn’t catch them all, I saw most of them and few who weren’t on my list. Truth be told, there are bands who create astonishing music but might fall flat when performing live. Maybe it’s the venue, maybe it’s the time of day, maybe it’s the audience, and maybe it’s also just me… without further speculation, here are the three-piece bands who put on a lively and/or charming show, a live event to reminiscent of when listening to their recorded material.

[On the cover photo City of the Sun who gave an amazing impromptu street performance. Glad, I caught them.]

For their US tour, and most possibly there after, HÆLOS doubled up and added not just one but two drummers as well as a guitarist to their alluring mix.