PHOTOS: Twin Wave Celebrate their Single “Matador” with a Packed Show at Baby’s All Right 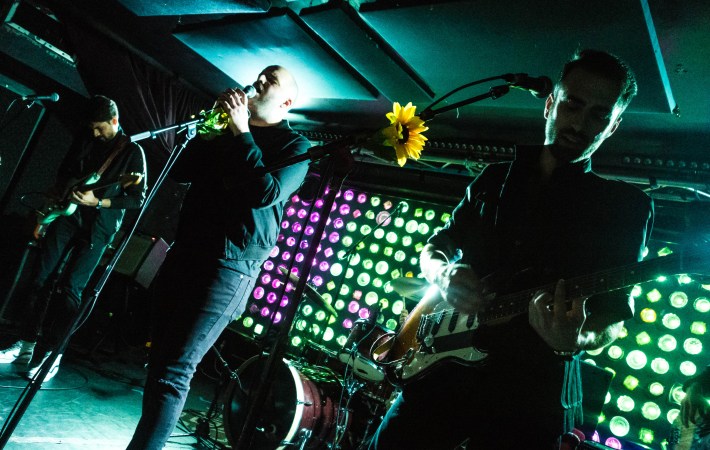 PHOTOS: Twin Wave Celebrate their Single “Matador” with a Packed Show at Baby’s All Right

Twin Wave are one of the hottest bands to come out of Brooklyn these days. Crafting highly infectious songs over guitar driven, synths-infused dream-pop, topped off with charming power vocals – clearly more and more people take notice!

This was definitely the case on a Friday in mid April, when Baby’s All Right was pretty much packed to the brim and the three on stage, Nick Williams (lead vocals),  Sarik Kumar (guitar) and Maxx Berkowitz  (guitar, keyboard), supported live on stage by bass and drums, were having a visibly good time.

We were happy to having been part of the celebratory show, after all there was reason for it: “Matador”, the single to their upcoming EP “Pour Out The Dark”, just got released to much acclaim.

(Click on a photo to resize and start slide-show.)

For more concert photos, check out our review of Twin Wave’s equally cool show at Union Pool earlier this year.