PHOTOS: Blak Emoji Give a Charismatic Performance at Pianos 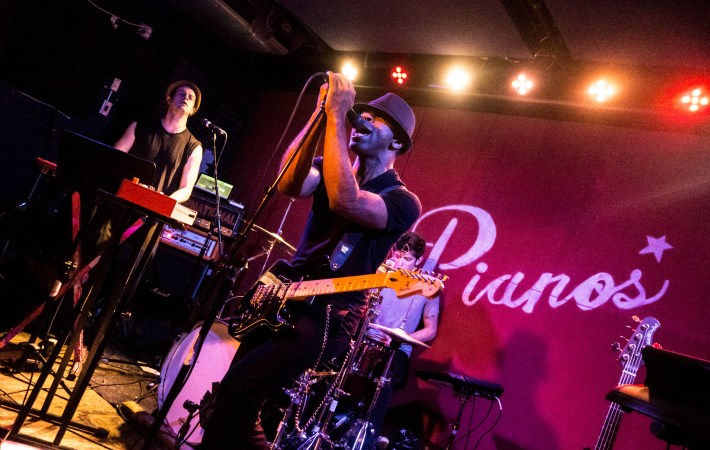 PHOTOS: Blak Emoji Give a Charismatic Performance at Pianos

There are songs, that don’t need further explanation or persuasion to even check them out, you love them from the spot, like “Sapiosexual” by Blak Emoji. And so it was a no-brainer to make”Sapiosexual” our Song Pick of Day on March 9th. They didn’t stop there: Blak Emoji are currently busy recording more songs and basically only came out to play their material live one time before heading back to the studio.

Kelsey, the creative force behind Blak Emoji, is no music newbie -his songs and arrangements are way too strong and eclectic for that- but his formation Blak Emoji is sort of new, and together with a drummer, keyboardist and a bass/synths player he brought his songs to life beautifully.

Blak Emoji’s show was full of heart and soul and all four men on stage got Pianos pulsating. If the songs played live are any indication, the album will be a fantastic alt-rock album, ranging from guitar focused, over to more synths to industrial, with lots of soul to go with it. In any case: I’m very much looking forward to not only the album but seeing Blak Emoji live again.

For the time being, enjoy our concert photos and stay tuned for news.

(Click on any photo to start the slide show.)