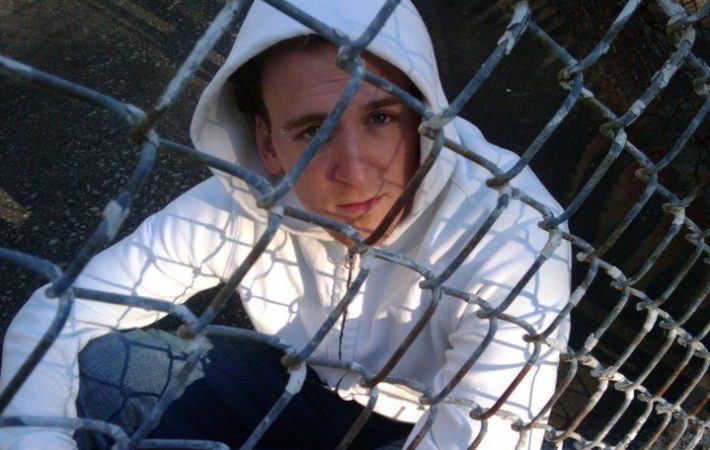 When I came across “Beyond You And I” by Mike Sal earlier this year, I loved the track from the spot and featured it as one of glamglare’s Late Night picks. The song got stuck in my head for weeks and became an integral part of my favorites playlists. So it was only a matter of time, when I wanted to know more about Mike Sal and asked him, whether he’d be up for a Q & A session.

Not only did Mike send me his answers to our questions, which I enjoyed immensely but we could even arrange a meeting when he was traveling through New York last week. We touched all the Q&A points in person, chatted about his music making process in more depth and I got to know a little more about the talented and fascinating person Mike Sal.

What was the last song that got stuck in your head?
It seems to rotate between 2 songs, Aaron Neville’s – I Don’t Know Much, and Mulan’s – I’ll Make a Man Out of You – I’m a Disney Music lifer.  Disney is one of the first sources that fostered my love of song and dance!  Also, you should sing ‘I Don’t Know Much’ and try to sing it shamelessly like Aaron Neville, it will instantly brighten your day!

Do you have a “go-to song” from your childhood, one you always enjoy hearing again?
The Turtles – Happy Together – I remember riding to a hockey game and listening to that on repeat the entire hour and a half there.  Parents are our first hero’s.

What was the first album you have ever bought? And on which medium: digital, vinyl, CD or cassette tape?
I remember this like it was yesterday.  The first time I ever earned 20.00 dollars, which was the most money I’d ever had at that point in my life, I bought my older sister a pair of earrings, to thank her for driving me to the music store, a VHS tape of Bruce Lee’s Fist of Fury, and a cassette tape of Extreme’s, ‘More Than Words’ – it was the first song I ever bought and I still listen to it to this day – I still have a cassette tape for it.  And I had change for candy…sigh.

Do you have a favorite music video? If so, what makes this one special for you?
Best You Got – Mike Sal, it was the first video I directed, produced and wrote, and featured friend D Woods (beyond phenomenally talented) and a group I’ve been producing, writing, and developing for a while, Vintage Nation.  It’s special because so much love and belief went into making it happen.  Both artists trusted my vision for the song which meant a lot since it was the first time I’d invited other artists into my world.  We performed and danced to the song from 8am to 4pm, when the rain got too heavy to keep shooting, and everyone had a smile on their face the whole time.  It was amazing.  The whole project was made from Love and hard work and it definitely shows.  That video has opened a lot of doors for everyone involved and my label, Land of ADM.

If I was visiting Atlanta, which music venue would you take me to and why?
That’s tough, there are so many great venues and each has their own scene and brings their own vibe and acts.  Center Stage is great because they have 3 different venues all right there and each one has a different capacity and books their own acts.  It’s a great place to play and gives you lots
of room to create with!  And there’s Eddie’s Attic, which always provides a great show by unknown world class singer-songwriters.  It also has great sound and is one of the most intimate and engaged audiences I’ve performed for.

If you could have any musical instrument in the world, which one would it be and why?
The Pi Chawa.  I heard it at a Muay Thai Fight when I was in Bangkok Thailand recently and I tried to find one.  It has such a unique sound and I liken acquiring one to spotting a unicorn.

If you could choose to live in a decade (music, style, etc.) which one would it be?
I’m pretty happy living in the present, but if I indulged in the ‘want what I can’t have’ and would be willing to sacrifice 90’s rap music and grunge, I’d go to the 60’s, but only if I could engineer on Sergeant Pepper’s Lonely Heart’s Club Band Sessions with the Beatles – I can only imagine what that world was like with those boys during that time.

Thank you, Mike, this was wonderful! Let’s catch up again next time you’re in town.

Listen to the upbeat and happiness inducing “Beyond You And I”: