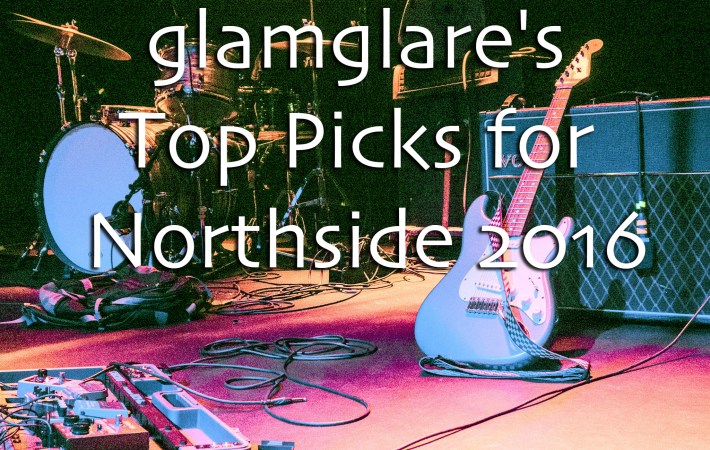 So many fantastic bands to choose from! Long time favorites, plenty of “must sees” and then those bands we’ve experienced putting on a great live show and whose music we simply love. Hard to select only a few but we decided to feature the bands we’ve seen before but not just that, but truly enjoyed seeing live.

Recording an EP or an Album or even “only” a song (for now), is no small feat. Transporting the recorded music onto stage, performing it live and mesmerizing the audience, that’s a whole other story. And so, our collection of bands here are the ones that have impressed us in the past and whom we’re looking forward to seeing again for this year’s Northside Festival.

Autodrone
We haven’t seen Autodrone in a long time, but we hope to catch them at Northside this year to hear their new material live.

Blak Emoji
Knitting Factory, 6/11 @ 1:45 pm
Just recently, we saw Blak Emoji playing at Pianos and loved their sound and performance so much that we asked them to be part of the Audiofemme + glamglare showcase and… much to our delight they are!  Come out to Knitting Factory on Saturday afternoon to enjoy some soulful synth rock.

Chaos Chaos
Knitting Factory, 6/11 @ 3:45 pm
The two sisters of Chaos Chaos, who came to New York from Seattle, delivered one of the most exciting shows at this year’s SXSW. They play Northside two times, including the Audiofemme+glamglare showcase.

Courtesy Tier
Bar Matchless, 6/9
Courtesy Tier is yet another band I’ve seen at last year’s Northside for the very first time, and that’s also when I kinda fell in love with their blues-rock inspired sound. I could watchOmer Leibovitz playing guitar for hours, so effortlessly move his fingers around, producing just the finest sound. For this year’s Northside Festival the three-piece will play again Bar Matchless.

Dead Leaf Echo
Brooklyn Quartet Dead Leaf Echo are on fire: their new material rocks, like the latest single child.glass.heart and they are always killing it live.

Eagulls
We saw Eagulls live at SXSW 2014 and have missed them for various reasons since then when they came to NYC. They just released their second album “Ullages”, so it is a good time to catch them.

Hinds
Spanish four-piece Hinds seem to be on an countinous party as they relentlessly tour through the U.S. and check off the major festivals. Their shows are like parties too: we saw them once live and it is impossible not to be charmed.

LANTRNS
LANTRNS was one of the first shows we saw this year in support of their excellent self-titled debut EP. They probably have new material now, so we put their show on our list.

Little Racer
Muchmore’s 6/10
Little Racer play the perfect feel-good surf-rock that we enjoyed almost a year ago for the last time. Back in July 2015 we caught them celebrating the release of their EP at Union Pool.

Of Clocks and Clouds
Bar Matchless 6/09
When I saw Of Clocks and Clouds a year ago, Northside 2015 actually, for the very first time, it didn’t take more than two songs, maybe only one and a half, and I was hooked! There’s something very special about a duo… a two piece consisting of drums and guitar and vocals. The two sound recorded as convincing as live, so go and see them at Bar Matchless.

Plastic Waves
Knitting Factory, 6/11 @ 2:45 pm
One of my favorite acts at this year’s SXSW festival were Plastic Waves from Boston and got pretty fond of their beautiful synth pop/ psych rock sound. Truly happy that Andre Bellido is gathering his band mates, heading down from Boston to perform at the Audiofemme + glamglare showcase.

Vundabar
Knitting Factory 6/11 @ 9:15 pm
When did I see Vundabar? I remember, it was in Fall and at Pianos, and I rushed there, and all three were super nice afterwards when I chatted with them. While I haven’t heard much from the Boston three-piece since, I’d like to see them again, because… who else plays pretty cool “Sludgy Jangly Pop”?