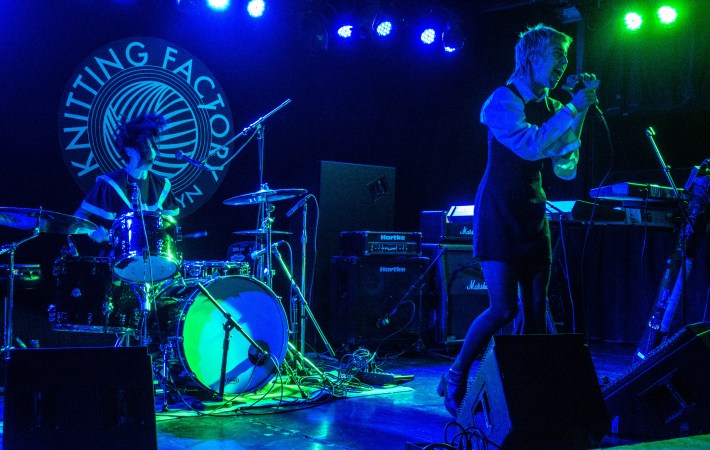 Asy and Chloe, the sisters who form electronic pop duo Chaos Chaos, came on stage at Knitting Factory dressed rather for Catholic boarding school than for a rock gig, but put on a fierce and wild show in deed. It starts with Chloe, who bangs alternatively the drums or a Tempest drum machine with so much energy and enthusiasm that it is hard to take the eyes off her (later she told us that she was not in best from that day, which was not noticeable for the audience).

Her sister Asy expertly operates by now three keyboards, placed in tiers around her, like in a 80s synth pop band. She contributes her powerful vocals and wait for the moment when she leaves her spot behind the instruments and goes wild on stage and beyond.

Chaos Chaos are working on new music and pland to release something later this summer.

–> Click on a photo to enlarge it and to start the slide show.