[PHOTOS] Civil Twilight live at The Studio At Webster Hall 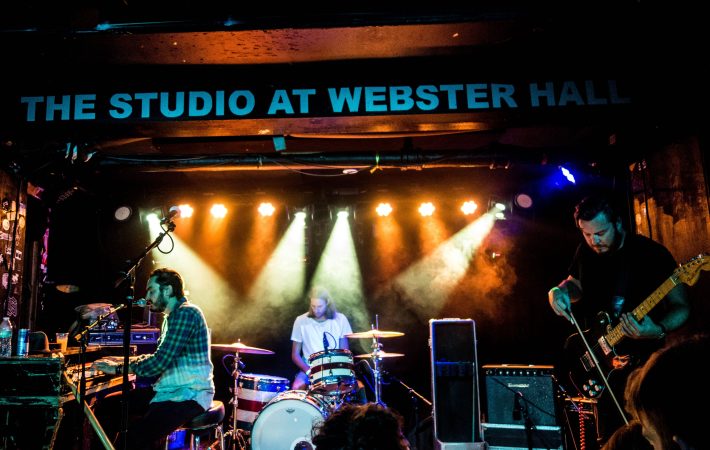 [PHOTOS] Civil Twilight live at The Studio At Webster Hall

The Studio At Webster Hall recently welcomed alt rockers Civil Twilight, who are currently touring as a three piece which might, or might not again change in the future. What Andrew McKellar (vocals,bass,  keyboards), his brother Steven McKellar (guitar) and Richard Wouters (drums) put on stage though, was pretty mesmerizing. I am particularly fascinated by trios, because of their very specific dynamics, and have been fond of the band’s sound ever since I listened to their last year released album “Story of an Immigrant”.

Granted, the audience that night was comprised of mostly (long time) fans yet some of the people in the crowd felt that much at home at the cozy, intimate venue, that they mistook it with their living rooms and loudly chatted. At one point during the concert it became  truly annoying and Andrew addressed it.

Civil Twilight played a wonderful show, seemingly enjoying themselves and being comfortable with each other. Andrew sang, played his bass, played the piano, sang, went off stage to sing in the audience, then later played guitar… all very fluid and seemingly at ease with himself. Meanwhile, Steven played his guitar, perusing his impressive pedal board, and Richard, in the middle, hitting the drums.

The person in charge for the light at The Studio At Webster Hall went all out that evening, and provided an atmospheric setting. Although Civil Twilight played a fairly long set, and played even an encore, the evening sadly ended at one point. To my great delight, I was able to catch Steven and chat for a little while about South Africa, BBQs, the wildlife, the music scene in Capetown and the likes…

In short: if dreamy, guitar based indie rock created and performed with superb skills is your thing, go see Civil Twilight live! Click on a photo to get an idea and start the slide show:

Follow Civil Twilight on Facebook and Twitter, and get their album “Story of an Immigrant” on iTunes. Here there are with a pretty rad cover, which shows a different side but also their immense talent: