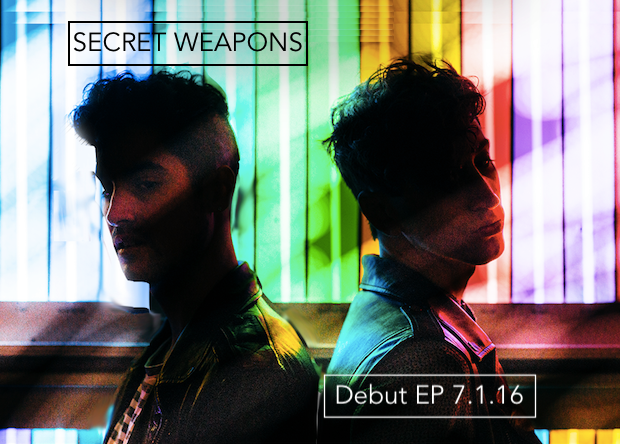 Anticipation grew as Danny Rocco and Gerry Lange, who together form the New York pop duo Secret Weapons, played more and more live shows to happy crowds, a record was due! And here it is, Secret Weapons’ self-titled debut EP, featuring four pop-anthems.

Listening to the EP it is almost impossible to stay in any kind of less than cheerful mood because it is that upbeat and catchy, with big synths lines and charming vocals. Aside from “Something New”, “Perfect World” would be my favorite track. Find the album on the streaming service of your choice and get it on iTunes.