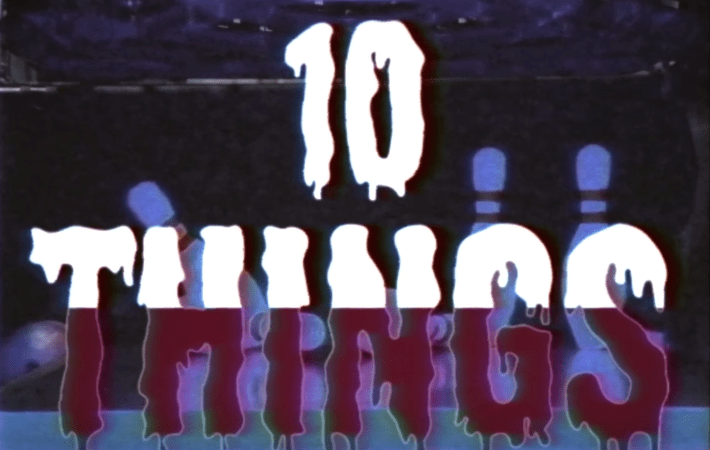 FEWS, the Swedish/American quartet based in the U.K., have with their debut “Means” released one of my top favorite albums of 2016 and after The Zoo and 1000 Goosebumps, they put out another video, this time for “10 Things”. Initially, the splatter style B-movie video set in a 60s bowling alley left me a bit bewildered but that might be very well the intention. After watching the video to “10 Things” a second time around, the intention becomes clear(er) and the band’s own words add to it: “our new video for ’10 THINGS’ is an epic tale of retro bowling alleys and killer pins. check it out”.

Well, yeah, check out the video and go to a FEWS concert when you get a chance, they’re a band to experience live:

FEWS are playing several Summer festivals, then they are going on a headlining tour all over the U.K. in October and I’m particularly looking forward to seeing the quartet again in November for Iceland Airwaves in Reykjavik. Many opportunities to experience the four live!