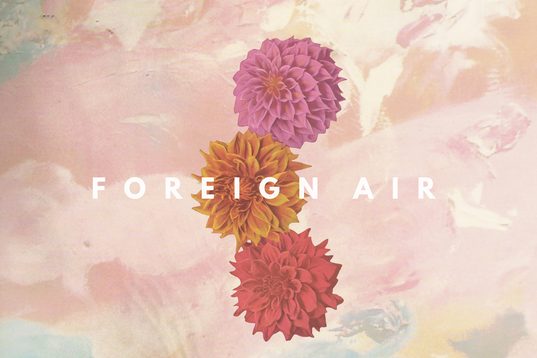 “Echo”, the new single by Foreign Air, is as mesmerizing and sparkling as a meteor shower to stay within the lyrical context of “we hear echoes from another galaxy”. Foreign Air is the nomadic alt-pop duo of Jacob Michael and Jesse Clasen. With “Echo”, they deliver an impossible to resist soaring dance floor sparkler, complete with pulsating beats, anthemic chorus and vocals that change from deep to starry, shiny bright in lightning speed. While “Echo” is highly upbeat, it stays grounded due to a touch of suspense and an overall splendid production. “Echo” is a surefire hit and our Song Pick of the Day. Listen to it now:

Foreign Air will drop their debut EP on September 23, and will play a record release show at Brooklyn’s Baby’s All Right on September 22, 2016.