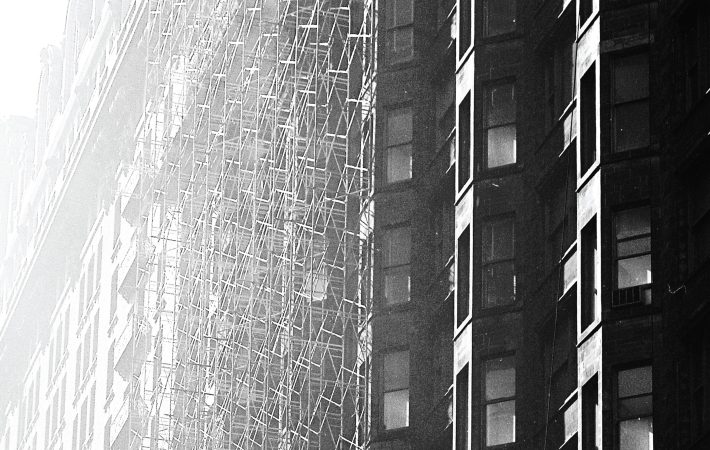 While “The Thaw” was the first song that got me, the mesmerizing “Spooked // Light” might be my ultimate favorite track on the album. The guitar strumming, at times slightly atonal, provides a hypnotic soundscape over which the vocals howl, and humming the track along seemingly endlessly.

Fortunately, this already 2014 basically home-recorded album found a label with Trouble In Mind Records. As a music blogger, I had the good fortune to be able to listen to the album already ahead of its release and despite the massive amount of truly great music that reaches our blog on a daily basis, “The Hecks” is a stand-out. It certainly will be among my Top 10 of 2016. Heck, make this Top 5!

More background info:
The album was recorded by the band at guitarist Dave Vettraino’s house between July 2014 and January 2016 (on assorted tape machines of varying degrees of quality and working order.), and they worked to create an album that exists independently from their identity as a performing group, purposely juxtaposing content and non-content so that a listen through is an engaging balancing act between space and chatter.

Follow The Hecks on Facebook, and Bandcamp and order the album as CD or mixed color vinyl here.

Listen to “The Thaw” to get a taste of the album.