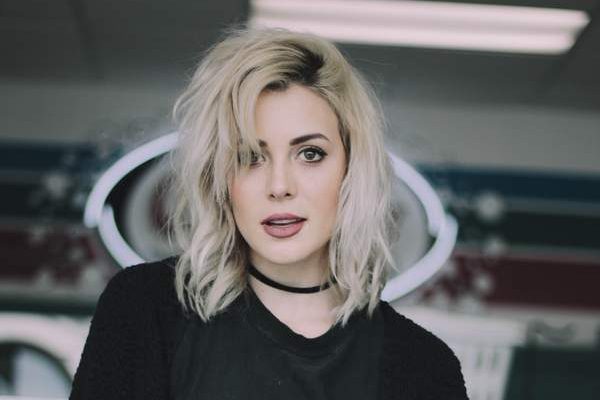 “You can be my next ex-boyfriend” is all Nashville singer Cappa is willing to offer to that cool guy in the ’69 Mustang in the opening cut “Next Ex”. She is also able to show her romantic side, as witnessed in some of the other songs of her 5-track debut EP “Queen of Hearts”. But there is a dark undertone and one does get the impression that she hates dating, which she freely admits.

Pop music is a difficult genre: it is supposed to delight (even though many songs are around dating disasters), be catchy and invite to sing along. But it as easily becomes formulaic, repetitive and boring. With many pop songs I listen to, I struggle to find something that is special to me and makes them memorable. Admittedly, this included some of the songs Cappa released on the run-up to this EP.

But after listening a few times to “Queen of Hearts”, I find her songs to hit a sweet spot of that genre: her songs are a little brooding and have a good dose of seriousness, but still include enough sugar, energy and joy to light up the day.

“Queen of Hearts” is out now. Listen on Apple Music or Spotify.

Listen to the opening track “Next Ex”: