3 Is A Band: Saint Slumber 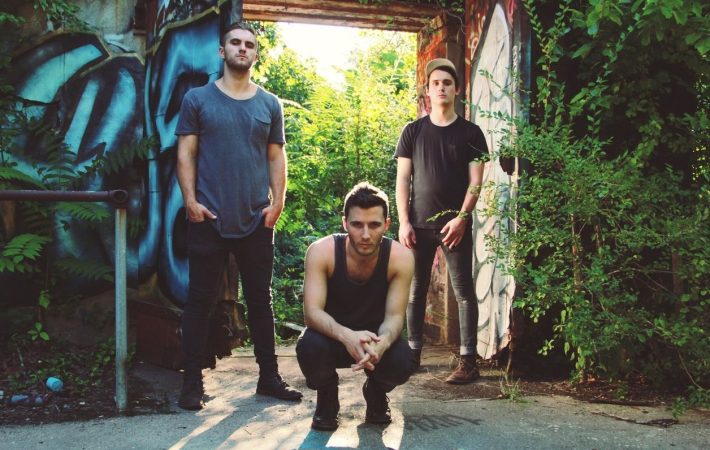 3 Is A Band: Saint Slumber

There seems to be no shortage of intriguing three-pieces in and around New York and Saint Slumber (formerly Dawns) are no exception! The trio hails from a small town outside New York City and they are about to release their debut EP “Youth” on November 11. Ahead of the EP, they have released the tracks “Cool” and “Human” and just put out the video for “Cool” which was shot in small towns along the Jersey Shore.

Front-man and singer Joshua Perna reveals about the music video: “The song is this sort of tongue-in-cheek lament about trying to catch up with culture when you’re stuck in a small town, so we really tried to capture that feeling in the video. What we ended up with is an oddly funny video where we poke fun at ourselves for taking ourselves too seriously, because what’s less cool than trying to be cool?”

Joshua Perna seems to know exactly what he is talking about, having grown up in a small town, and so he taught himself to record and produce music out of necessity, mixing and matching the various sounds he spent his youth listening to. Together with his life-long friend, guitarist Aaron Brown, he started several bands before they eventually came upon drummer Matt Carpenter in 2016. And that was the beginning of Saint Slumber!

Saint Slumber create a unique blend of guitar driven music, with touches of electronic R&B over atmospheric soundscapes and a lot of raw energy and simply great vibes. This is music that sounds fantastic recorded, and I can only imagine what it will sound like live. While there’s no date specified yet, there are surely some live shows to be expected soon and I for one am very much looking forward to seeing Saint Slumber live!

For now, there’s the new single “Human” and…