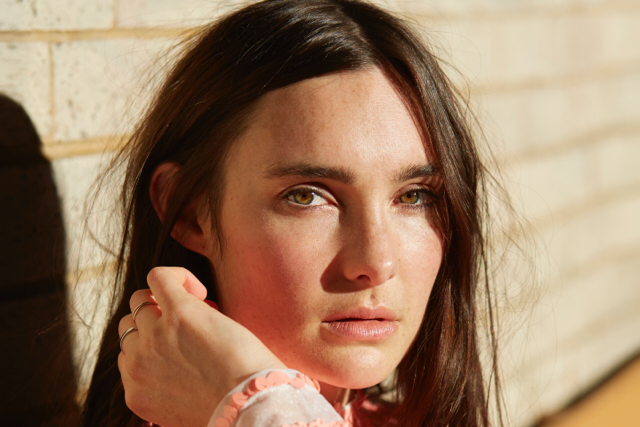 Lisa Mitchell has just released an excellent album “Warriors”, a skillful blend of folk, pop and electronic music. While “Warriors” is only her second full-length, Lisa has been around in Australia making music since her teenage years and has gathered a large following there. Listen to her latest single “Warhol”, which is not literally about the American artist:

Read about Lisa’s musical influences and experiences and then head over to Apple Music or Spotify and listen to the album “Warriors”:

Q: What was the last song that got stuck in your head?
A: To be honest, I was dancing to Mariah Carey’s, ‘Heartbreaker’ a few hours ago with BUOY and my band (I’m on tour at the moment and BUOY is supporting me) at Adelaide airport in a bit of a waiting-for-the-van boom-box situation! So now Heartbreaker is just taking over my brain! Let it, I say! Tune!!!!

Q: What was the first album you have ever bought? Digital, vinyl, CD or cassette tape?
A: It was a CD single, ‘Rome Wasn’t Built in a Day,’ by Morcheeba. It was cool. They were cool. Hehe. But aforementioned Mariah Carey song was on a very well-loved TAPE, I remember, as well!!! Haha

Q: Do you still possess this album?
A: Noooooo. Wish I had that Mariah tape!

Q: Is there a song you’d like to cover?
A: I feel like the climate is right for some Sade cover-action right now… ‘Your Love is King?’ Awww, man!

Q: What’s your songwriting process like? What comes first, melody or lyrics?
A: The feeling is often first… It’s a certain twinge, that can’t be ‘touched’ by much else… Sometimes an angry/sad heart twinge, it feels uncomfortable until I hit the right note and then the resonance relieves it somehow. It bleeds out, and then the words and melodies just tell me more and the song writes itself, I just listen… That’s best-case scenario. It really is therapy for me.

Q: If you could have any musical instrument in the world, which one would it be and why?
A: Oof. I would love a really special steel drum with padded mallets… The tones are soft and awakening at the same time…

Q: Playing live, what has been your favorite venue so far? And why?
A: I think my favourite venue so far was a festival in Australia, Woodford Folk Festival. All you can see from stage are these huge towering gumtrees behind the crowd at the edge of the forest…

Q: You are touring Europe early next year. Are you planning to come to the U.S. in the near future? Is there anybody you would like to go on tour with in the U.S.?
A: There are so many US bands I adore. I just played some shows with Grouplove in Australia ! Love them. Would be so fun to play with them in the US too. I am a big Sylvan Esso fan, and have daydreamt of playing shows with them…!

Q: If you could choose to live in a decade (music, style, etc.) which one would it be?
A: Aww, man, so tough. I feel like that 50’s-60’s period would’ve been incredible… That gospel, blues, R&B situation… Imagine hearing Ray Charles, Aretha Franklin, Johnny Lee Hooker and Stevie Wonder for the first time in history..!!!!!

Thank you, Lisa! I agree, steel drums are super cool and maybe we’ll hear some on Lisa’s next album.

“Warriors” is out now in Australia and the U.S. and will be released in the U.K. with bonus tracks in March 2017. Find Lisa Mitchell’s tour dates in Europe here (the London date is February 21).