VIDEO: Pistols At Dawn – Please Report Anything Auspicious To A Member Of Staff 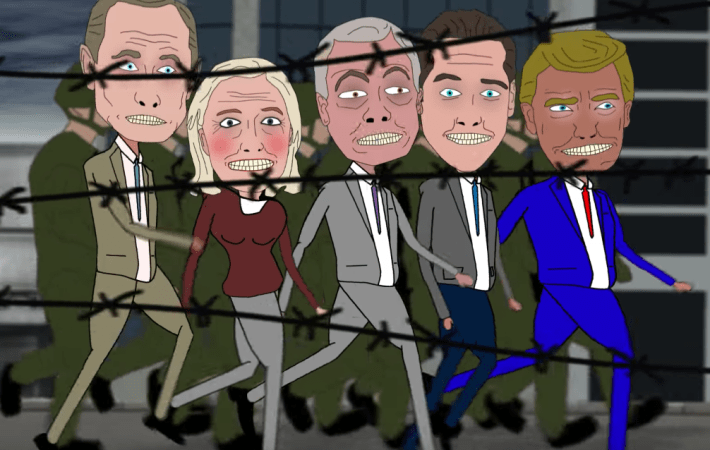 VIDEO: Pistols At Dawn – Please Report Anything Auspicious To A Member Of Staff

When listening to music, then instrumentation, song structure, sound of vocals as well as overall feel of the sound are the criteria that resonate with me the most. Lyrics or meaning of a song are usually secondary, I am ready to admit. Thing is though, Pistols At Dawn are doing more than that because they not only delight with their amazing debut album “See You Home” but they also make you think and this is not always necessarily pleasing. The London five-piece wrote “Please Report Anything Auspicious To A Member Of Staff” after Great Britain has voted itself out of Europe, a protest song against the rise of the far right and xenophobia. The just released animated video accompanying the track, directed by Christian Hörlesberger, could not be any more timely and it certainly does not need any further explanation.

Watch “Please Report Anything Auspicious To A Member Of Staff” and then listen to the entire absolutely stunning album on Spotify or get it on iTunes.