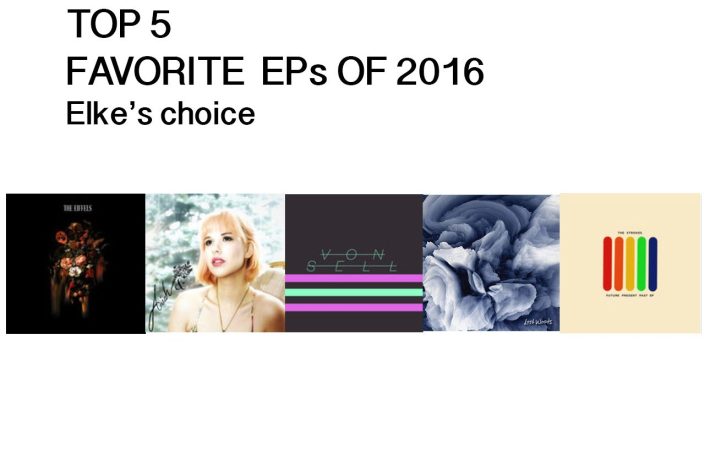 Filed Under: Excited About — By: Elke Nominikat

For a while now, there is the trend to release several singles and bundle them to an EP or to release one or two EPs per year instead of a full length album. With EPs gaining importance, we thought it only fair to give this year’s EPs their own feature too, from the maybe shortest to the longest EPs, from new comer to super stars, my personal TOP 5.

5 – The Strokes – Future Present Past

Yes, I have a soft spot when it comes to The Strokes and while their more recent two albums maybe disappointed some fans, those three tracks plus a remix on “Future Present Past” certainly do not. There’s even a pretty cool video to “Threat of Joy”, which we featured in July.
Get “Future Present Past” on iTunes.

With four tracks, the self-titeld debut EP of Australia’s Lost Woods is of classic EP size and all four songs are unique, guitar driven indie rock, featuring gorgeous stand-out vocals. Find our EP review here. Can’t wait to be able to listen to a full length album of this quintet from Adelaide. Listen to “Lost Woods” on SoundCloud and get the EP on bandcamp.

While I liked each one of Von Sell’s single releases, it just recently happened that I got totally hooked on his music when he put them all together to a six tracks plus ‘revisited’ EP. So damn good! Listen to the self-titled EP on SoundCloud, Spotify and get it on iTunes.

The differences from the original recording and this ‘revisited’ version might be subtle, but boah! what a gorgeous song “Ivan” is. Listen now:

Admittedly, this was love at first sight or first listen. Born and raised in New York, Ariah & put out a debut EP and gives delightful live performances that there’s no  doubt that this is a young artist who will go places! Check out our EP review plus a few concert photos. Listen to the EP on SoundCloud, Spotify and get it on iTunes.

It would be super awesome to hear “Gold Bottle” one day live with a little brass section… just for this song:

I am a huge fan of LA-based The Eiffels ever since I came across their self-titled debut EP in June 2015, which became quickly a mainstay in my music rotation. Luckily, the trio has released another EP which is in their typical, upbeat and anthemic synth-rock style. Learn more about The Eiffels in our Q&A with Sean Ulbs. Listen to the EP on SoundCloud, Spotify and get it on iTunes.

Listen to “You Got Me” which we chose as Song Pick of the Day in June: