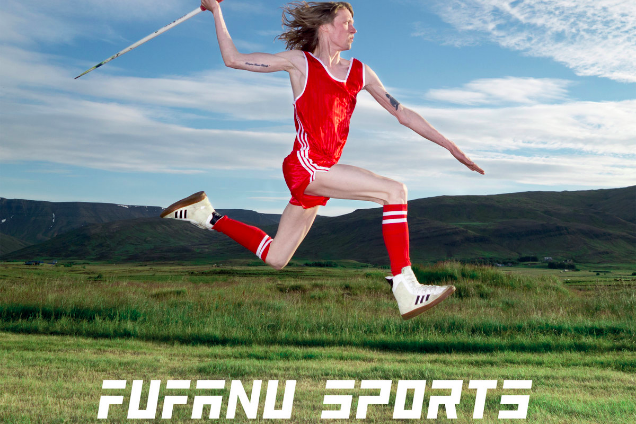 Lots of new full-length albums and EPs came out today and we are especially excited about the following new releases:

With the three stunning singles “Bad Rockets”, “Sports” and “Liability” ahead of their second full-length album “Sports”, the Iceland trio Fufanu kept the anticipation high. After my third time of listening to the album, even the unfamiliar tracks grew on me and this is already a serious contender for one of my favorite albums of the year. “Sports” was produced by Nick Zinner, guitarist and producer of Yeah Yeah Yeahs, and clearly shows tracks with hit potential without loosing any of the dark, post-punk, electronic vibe.
Buy the album here, and stream it on BandCamp o Spotify. Listen to “Bad Rockets” with it’s mellow flow, yet urgent undertones, an exquisite track. ^Elke

The lastest album by electronic psych rockers Moon Duo confronts the listener with a massive wall of sound and is best enjoyed at elevated volumes. (Apple Music | Spotify) ^Oliver

Texas-based DIY experimental pop artist L. $hamPain released her fifth EP “Whac-a-Mole” with a slightly more acoustic feeling to it than her past work. That may be yesterday’s news though, since she has already announced new material for later this month. (Soundcloud | Bandcamp) ^Oliver

Ten Fé a London-duo comprised of Ben Moorhouse and Leo Duncan released their 11 tracks debut album which flirts with a few different styles and yet sounds oddly familiar. It is hard to pinpoint what exactly it is, but there’s a clear Bruce Springsteen influence noticeable as far as songwriting goes. There’s also a 60s psychedelic vibe going on and ultimately, this is an album that will find many friends. Get the album on iTunes and stream it on Spotify. ^Elke