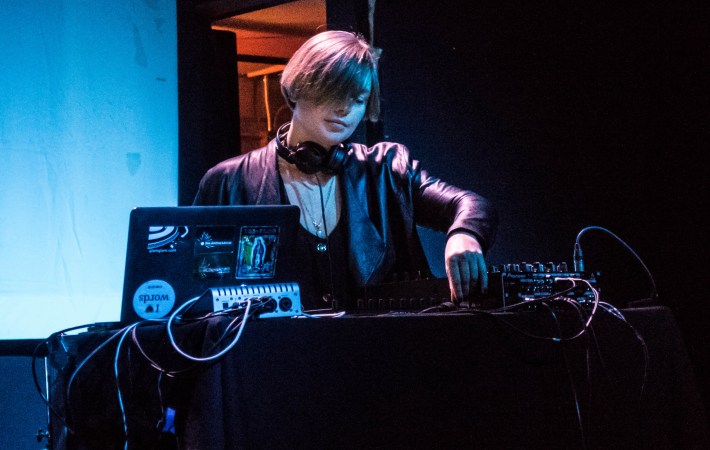 Add ‘composer’ to electronic singer/songwriter and producer EMIKA‘s bio because the Berlin-based British artist just released her first symphony called “Melanfonie“. Yes, this is her first symphony and if her previous three magnificent electronic albums titled “Emika”, “Dva”, “Drei” are any indication, she is planning to compose another symphony or something similar in the future.

What makes an acclaimed electronic artist want to create a symphony, recorded with a full-blown orchestra and realized with the help of dedicated fans and via Kickstarter crowd-funding. In the end, the answer is simple. Much simpler than the creative and development process  might suggest because it really comes down to: The music had to get out of EMIKA so that we can embrace “Melanfonie”, a piece of music that is as fresh as it is classic. A new take on something old and as such marvelous!

When EMIKA took the stage at Rough Trade on February 2nd, she didn’t play (much) from her symphony though, but DJ’d a set of electronic pieces of her work, mixed with other samples and with elements from her symphony and the outcome were thirty minutes of sheer sonic bliss. Before the gig started, EMIKA answered a few questions posed by no other than Stuart Matthewman and afterwards, fans had the chance to chat with EMIKA while getting her albums signed.

Enjoy here some photos of the event. Keep your eyes peeled for when EMIKA will be back for a full-fledged tour.

Listen to “Love”, the fourth track on “Melanfonie”, vocals by Michaela Šrůmová and accompanied by the Prague Metropolitan Orchestra: