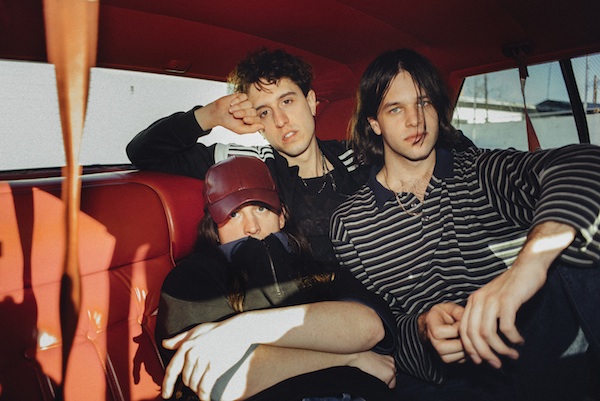 “This Year”, the new single by Brooklyn-based three-piece Beach Fossils is absolutely gorgeous, there is no other way around! Listening to “This Year” is like floating on a big cloud of fluffy cotton balls or lounging on a super comfy air mattress in a serene mountain lake, taking in the early Summer sunshine. The official audio of “This Year” comes as a video, not meant as a visual work of art per-se but something a little more than just putting a sound file somewhere. Unsurprisingly, the video is rather compelling, being shot in Chinatown and Lower Manhattan, providing a hypnotic backdrop for a stunning song – and wait until the end, when the city sounds kick in… “This Year” is the opening track on the album “Somersault” to come out on June 2nd on Bayonet Records. Check out “This Year” now and get excited for the full-length album: