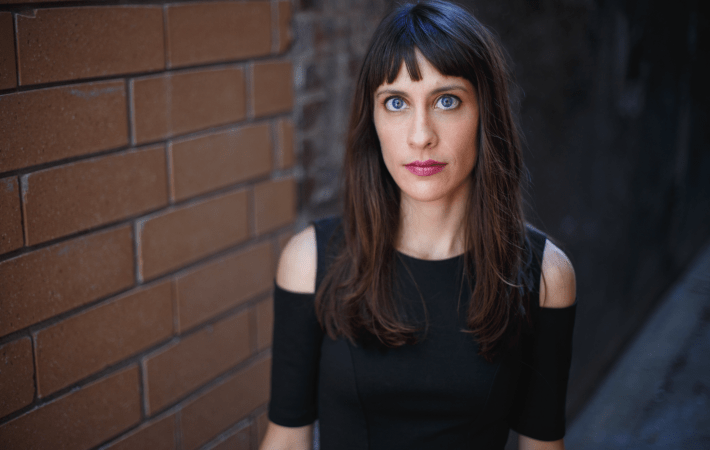 Brooklyn singer/songwriter Gillian Visco goes by the stage name Shadow Monster and she plays her latest single “City in My Sailboat” to an audience of monsters, albeit cute stuffed ones. The video shows an intimate setting that moves from the meta-level of recording a live performance in an apartment to the melancholic, reflective narrative of the song.

Gillian says about the video:

City In My Sailboat is a song about the loss of idealistic innocence.
The 3rd and final release from the LP Residual Ghost by Shadow Monster, City In My Sailboat is one of only two acoustic tracks on the album, and for that reason my team and I wanted to go super intimate with the video. The result was a complete collaboration between myself, Joe Power (DP), and Omer Leibovitz (Live Sound Engineer).
I had worked with Joe previously, as he shot the video for the first single, Driftwood, and Omer had helped conceptualize the video for the second single, Out Of My Mind. After making those two highly stylized videos, we wanted City In My Sailboat to reveal a more vulnerable and human side of the music, and the artist.
We shot and recorded the video live in a few hours one summer night in my bed stuy apartment after eating chinese food and rearranging the living room to resemble a stage.
Music Video Release party TBA featuring Jessi Robertson and Mischief Night.

Watch the glamglare video premiere of the warm and moving “City in My Sailboat” now: