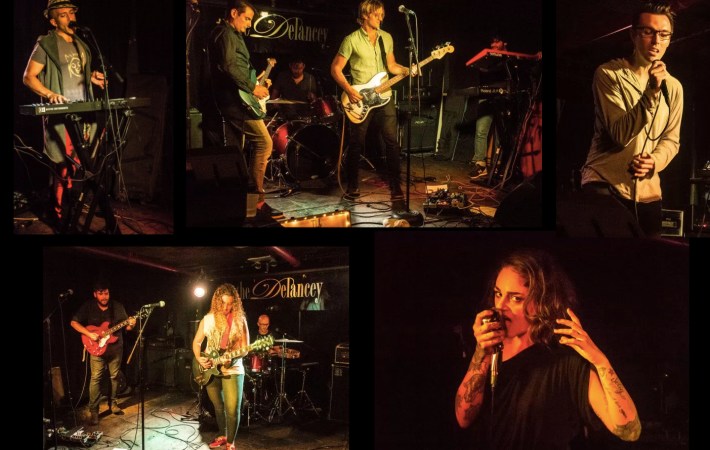 Our September 16 showcase featured a particular diverse lineup from electro-pop over indie rock to, well, Corina Corina, who fuses a host of genres ranging from blues to hip hop. Opening the night were twin acts Ekurtis and Hopper Race with two shades of engaging electro pop. Like them, playing a glamglare showcase for the second time were The Sleeping Tongues, a New York four-piece doing elegant indie rock. After that the aforementioned Corina Corina took the stage and surprised everybody with her multi-faceted talent. Closing out was Paracutá with powerful rock driven by alternating female and male vocals.