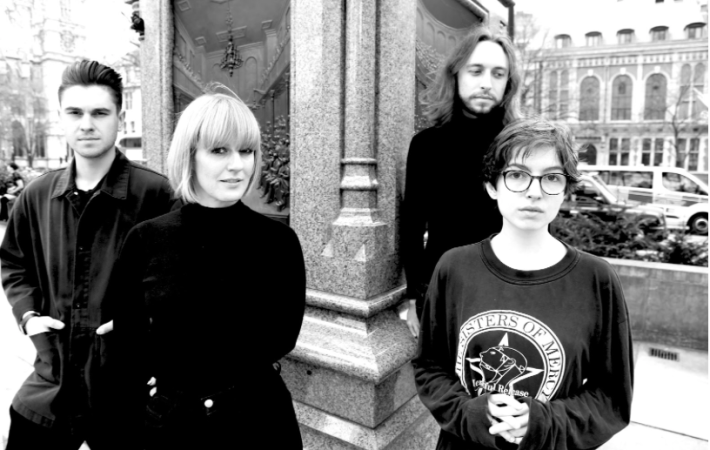 “I’m Feeling The Deep State” instantly envelopes you with pleasant vibes and a sense of carefreeness. The track also makes you wish for warm weather, to be able to lay in the grass, gazing in the sky and follow the clouds drifting by. “I’m Feeling The Deep State” is the new single by London-based post-psych collective Moderate Rebels, who are about to release their debut full-length album “The Sound of Security”, where they pursue their sonic mission of:

“using as few words and chords as possible”.

The twelve-string guitar strumming as well as the beautiful choral harmonies over a thick bed of string instruments and a simply mesmerizing chorus are causing a kind of euphoric feeling. With “I’m Feeling The Deep State” the band is:

“trying in its own way to look past the surface, of life and the world, both inside and outside at the same time”.

We are psyched to premiere the magnificent “I’m Feeling The Deep State” today. Listen to our Song Pick of the Day:

“The Sound of Security” is out on December 8 on Everyday Life Recordings.