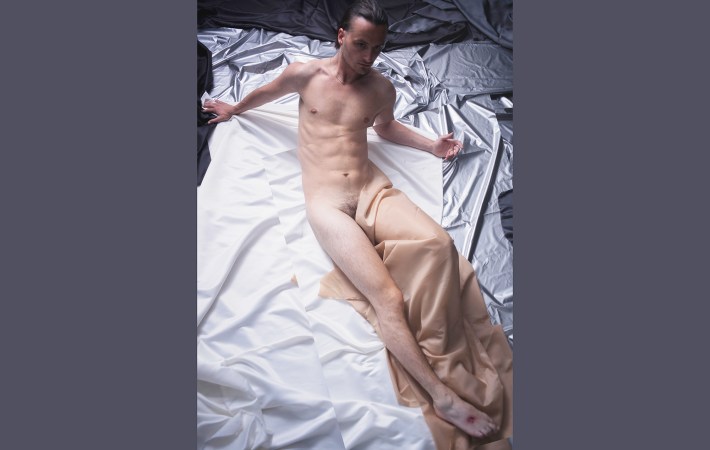 “Backwards” by Danish artist Schultz & Forever took our hearts by storm! First the song, then the video and unsurprisingly we wanted to know a little more about the musician. To our great delight, Jonathan Schultz, who goes by Schultz & Forever, took the time to answer our questions and gave us a glimpse into what moves him and what might come next.

Well, next is the release of his debut album “Grand Guignol”, out March 9th on The Big Oil Recording Company but let’s listen to “Backwards” before we dive into the Q&A with Jonathan:

Q: What was the last song that got stuck in your head?
A: SZA – Love Galore (Official Video) ft. Travis Scott

Q: Do you have a song from your childhood, one you always enjoy hearing again?
A: Hannibal & Jerry – Brug Dit Hjerte Som Telefon HD

Q: Your upbringing as a Free Born Christian plays a key role in your songwriting, particular your lyrics. As a teenager, were you listening to pop and or rock music at all? Did it interest you?
A: Yeah, it was around the age of 12 that I started to listen to music. My parents mostly listened to christian music at home, but my brother introduced me to bands like Joy Division, New Order and The Strokes. I also started a horrible punk band around that age with my two cousins. We were named Pink Roses and we played Strokes coversongs, even though we told people it was our own songs.

Q: What was the first album you have ever bought?
A: Talking Heads – Speaking In Tongues

Q: Do you still possess this album?
A: Oui.

Q: Is there a song you’d like to cover?
A: Simply Red – Holding Back The Years – and it’s going to happen on our next tour

Q: What’s your songwriting process like? What comes first, melody or lyrics?
A: Mostly it starts with a feeling, then I add chords, then lyrics and then melody.

Q: If you could have any musical instrument in the world, which one would it be and why?
A: Saxophone, cus I Would love to learn how to play it.

Q: The other day, I streamed a “Schultz & Forever” radio playlist and there were lots of Danish tracks by other artists mixed in with yours. I was surprised. Something you’d like to explore as well, or maybe even have done already in the past? Singing in Danish?
A: I don’t think it’s going to happen anytime soon. I’ve never written a full song in Danish I Think. I definitely think it’s interesting. Maybe one day.

Q: I am looking forward to being able to listen to your upcoming album on all my streaming services. Is there a track on your album that’s particularly dear to your heart?
A: That’s great! Well I think Demons is my favorite song on the record. It’s a great song and the production on it is insane. The song describes some feelings that I still feel now and then, even though I wrote it 3 years ago. So it feels kind of nostalgic to hear it.

Q: The video to “Backwards” is absolutely stunning, in more ways than its candidness and creativity. Will there be a similarly exquisite visual treatment to any of the other songs on your album? Could you maybe hint which one?
A: Thank you very much! Well yeah, my good friend Glen who instructed the music video just filmed a lives session of me singing the opening track ‘Satan Is Coming’ in a church that looks stunning. Can’t wait to share it.

Q: If you could choose to live in a decade (music, style, etc.) which one would it be?
A: Probably year 4.000. The music and style will probably be sexy. If humanity is still alive at that time though.

Thank you very much, Jonathan. Loved to learn about your past with The Strokes, playing their songs and fooling peers. I also can hear your cover of “Holding Back The Years” already and can not wait to listen to “Grand Guignol” in its entirety from “Demons” to “Shade of Bliss”. Wishing you all the best!

Schultz & Forever’s debut full length album “Grand Guignol” gets released on March 9th, 2018 via The Big Oil Recording Company and is available for pre-order now. With its dramatic title and images, the album touches topics like angst, doubt, fear, and religious fascination and condemnation.

Add “Backwards” to your Spotify playlist: