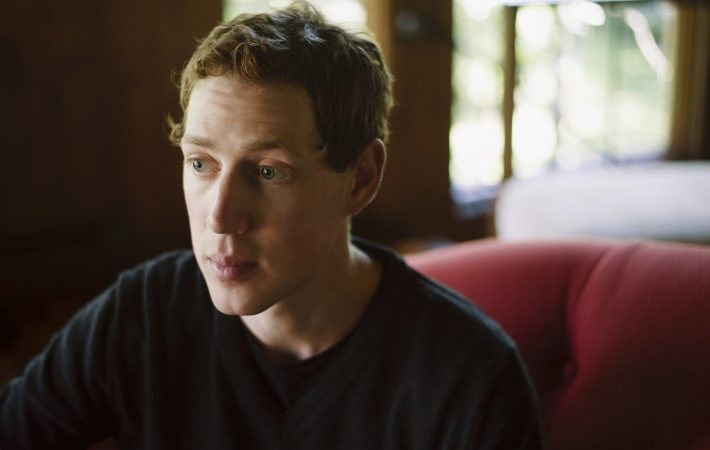 There is love at first sight, and more aptly there is also love at first listen, and it took me a second round of listening to get fully into “Red Lights”. The track starts out with bright guitar strumming, counter balanced by Andy Cook‘s soothing baritone and creating a highly appealing vibe. “Red Lights” sports an indie rock guitar solo that can get easily compared to the likes of The War On Drugs who seem to have made that type of jangly guitar pieces popular.

Any comparisons aside, Andy Cook very well stands on his own two feet and his three singles point to an incredibly cool album: the super catchy first single “Swirl”, followed by “Red Lights”, our Song Pick of the Day, and just recently the more pensive yet maybe more so super lovely “Run”. For “Red Lights”, the Minnesota based artist has the following background to offer:

“I wrote ‘Red Lights’ after a Prince tribute party outside First Avenue in Minneapolis last spring. It’s from the perspective of someone who’s the life of the party at night—like many of the people there that night—and wondering if their friends are still for real in the morning. Like the rest of the album, the song is sorting out identity and connection, as an introspective lyrical idea sitting on top of more expressive musical sounds.”

One of the advantages of running an indie music blog is to be able to listen to an upcoming album ahead of its time, and so we not only assume that Andy Cook’s album would be good, we KNOW. The wait will not be long though, because “Modern Man” comes out on Friday, April 13 on Good Eye Records, and sports even more Americana elements meet indie-rock.

For now, listen to “Red Lights”, and maybe even hum along. So good:

For those of us who would love to see this kind of honest and crazy catchy sound live, good news, because Andy Cook is on tour! Us New Yorkers can see him at the tail end of it: