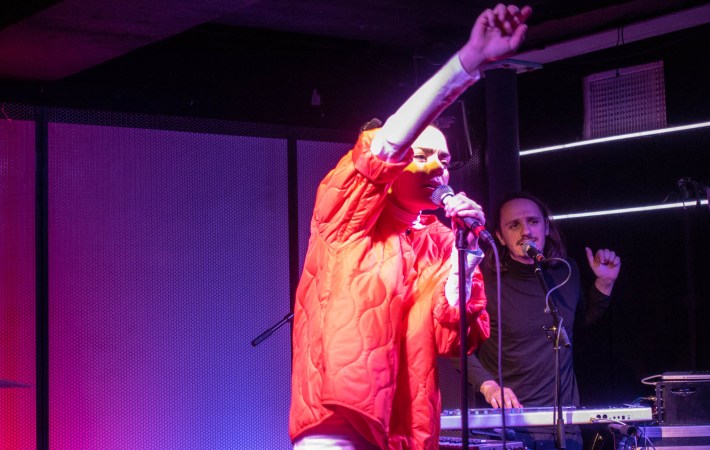 Elsewhere Zone One is a rather intimate venue, but if you closed your eyes at Frida Sundemo’s show on May 17, you could easily imagine her standing in front of a 50-piece orchestra at the opening ceremony of the Olympic Games. Her uplifting power pop with titles like “We Are Dreamers”, “Stay Young” or “Gold” washed over the crowd like rays of sunshine and probably lifted everybody’s mood. It was the first show by the Swedish pop star in NYC (if you don’t count an acoustic set at the Ludlow House last fall) and she surly made a lasting impression. Opening the night were Ackerman and Asha.

== All concert photos by glamglare.com – © 2018 Elke Nominikat and Oliver Bouchard ==