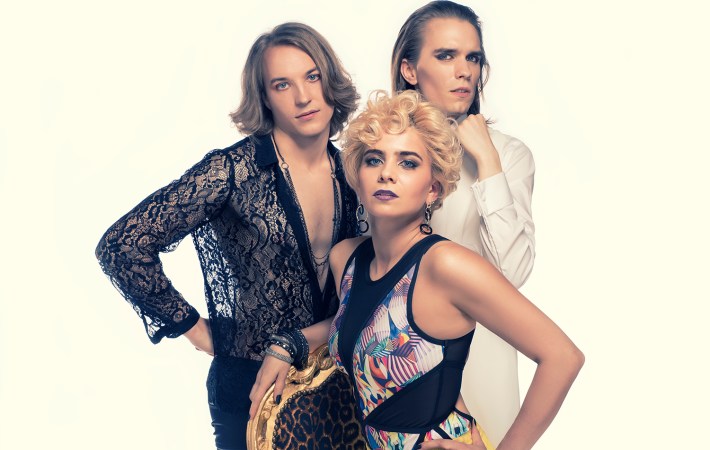 Listening to Beverly Girl, a place like Helsinki, Finland does not easily come to mind more likely hot club scene spots like Ibiza, Cancun or maybe Los Angeles, where the trio will perform tomorrow. Undoubtedly in their repertoire, their brand new single “Change Begins With You”, which we are excited to premiere today.

The track sizzles and dazzles and makes you want to move your body from the first to the last beat. It is a blissful production with Beverly Girls’ signature vocals and upbeat disco style.

When asked about the single, Beverly Girl provide the following insight:

“‘Change Begins With You‘ is a very important song to us for quite a many reasons – one of them being the fact that we had the utmost honor of writing the song together with no other than the LEGENDARY David Frank, who’s probably best known for his pioneering work with The System and writing the mega hit “Genie In A Bottle” for Christina Aguilera. He’s been a major influence on our music right from the start, so needless to say we’re more than excited to see this song finally getting released!

The song itself has been written and recorded both in LA and Helsinki. As a funny anecdote, the idea for the “bridge” part was written almost 10 years ago: that being said, we’re so glad it FINALLY found its way to a song, haha! “

Fast forward to June 2018, “Change Begins With You” can now be heard everywhere. Listen to our Song Pick of the Day: