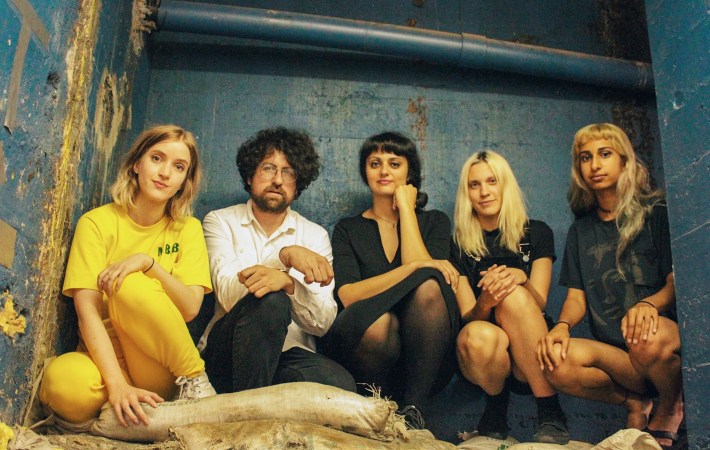 The Seattle-based band Red Ribbon around singer/songwriter Emma Danner uses wailing guitars and cinematic soundscapes to lead you down into a state of melancholic reflection. They have just released their debut album “Dark Party” on Union Zero.
Opening cut “Your Car”, almost a pop song with its driving beats and a sing-along chorus “I won’t die from loneliness, but if I do I blame you” serves as an appealing invitation to follow Emma through the following eight songs of the album for an intense listening experience. And that is all she asks from you:

My main goal with music, and life, is just to try and connect with people — I think that’s kind of what pop is, I don’t know how many people will hear my record. I hope they hear it and like it and stuff. I think it’s pretty. It has a wide variety of influences. I think pop music has a big focus on listeners and sharing and connecting with people. It’s kind of a vague genre, and I like that.

Listen to the album “Dark Party” on Apple Music or Spotify and check out our Song Pick of the Day, “Your Car” below: