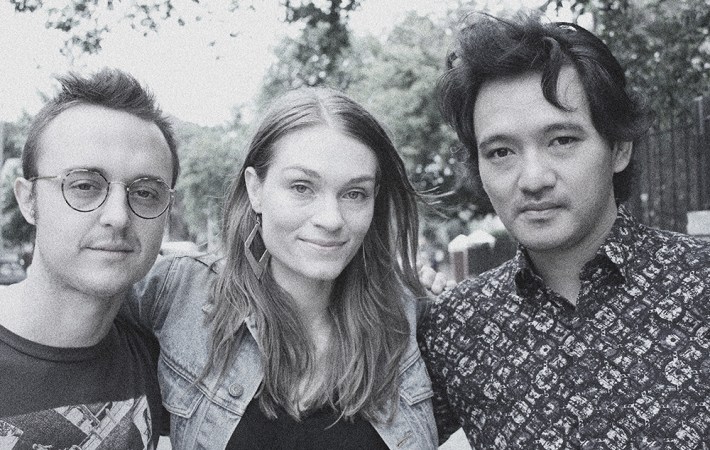 As long time fans of Brooklyn-based indie-pop trio The Rungs, we are especially intrigued by “King of Books”, one of their finest works to date. Initially, Mandy and Diwas Durang were making music together as a duo, but once they enlisted the drumming talent of Steven Bartashev, their sound took on more depth and became even more appealing. When asked about the inspiration and background to “King of Books”, singer and songwriter Mandy provided the following:

“King of Books is for anyone who has been in a relationship with something that was not good for them. It could be with a toxic person, but it could also be a habit, an unhealthy place, or even a mindset. I hoped to capture that moment when the rose colored glasses are lifted, the dependency to that bad thing is noticed and in that moment you realize it’s time to leave whatever is not good for you behind.”

Something to think about, especially now during the holiday season. Yet, “King of Books” is too gorgeous to dwell on anything sad for too long. Listen to our Song Pick of the Day now:

For your playlist on Spotify: