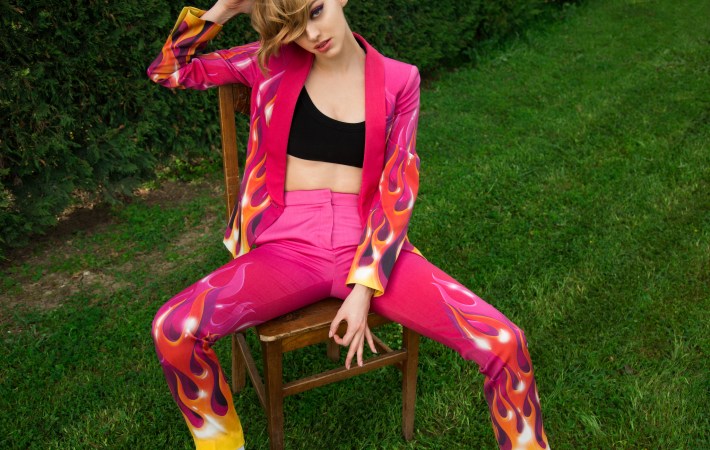 “Give It” is a futuristic pop song and a sharp left turn from Betta Lemme‘s previous music. “Bambola” was a big hit around the world and you probably know it well, but apparently the singer/songwriter from Montreal did not feel like standing still and kicks off her 2019 offerings with a dark, twisted and multi-lingual piece accompanied by science fiction dreamscape visuals. Betta Lemme recounts about the track:

I began playing parts of the guitar that aren’t usually used for recording and scraped my nails against the strings off of the fretboard and that’s how the song was born. When I closed my eyes, I pictured a curious girl walking down a long corridor of a dark club in Berlin. I couldn’t shake the image of this hallway in my mind since recording it so the video treatment was built around the track’s immense drop… We all have fears, hopes, insecurities, anxieties, and we keep them as secrets. Why? There’s always a little part of us we hide out of fear of judgement. Let it come out to play every now and then and you may learn something about yourself you would’ve never imagined. Enjoy them. Explore them. They’re probably more fun than you think.

Betta is currently working on a full length album to be released on Ultra Music. Watch our Song Pick of the Day on YouTube or stream it on Spotify: