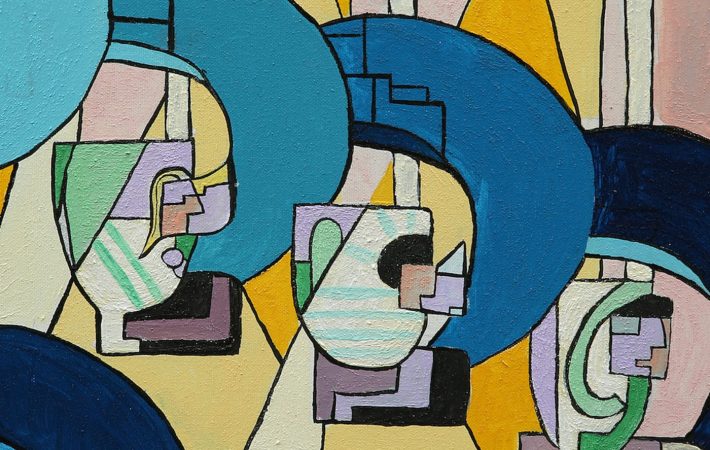 This Manchester three-piece does things a bit differently as far as their songwriting goes as well as how they approach their place and possibilities in society. W. H. Lung make music, highly compelling and hypnotic music, that does not follow any three minutes and under playlist rules. While some musicians would squeeze at least two songs out of “Symmetry”, W. H. Lung take all the time in the world and make the sonic beauty last to the very last moment of its six minutes and fifty eight seconds. The new single is everything what fans of the band have come to love from earlier singles as well as their debut album released in April this year.

However, W. H. Lung does not stop here but uses their growing popularity to for example raise awareness for the homelessness in their own city. That is why they will donate their profits from “Symmetry” to Mustard Tree as well as Booth Centre, two Manchester-based charities dedicated to the issue of homelessness.

“There’s a statue of Alan Turing in a small park just off canal street in Manchester city centre. The statue has always struck me as odd, the face is quite childishly done and Turing seems to be offering his fruit to passers-by. People often sit with him and take pictures. The park is also regularly attended by the homeless community of Manchester. As visible a presence on the streets now as the statues of the great and famous.”

W. H. Lung is  scheduled to make an appearance at this year’s Iceland Airwaves and that will be my chance to finally see them live! (Stay tuned for more on W. H. Lung!) Listen to “Symmetry”, our Song Pick of the Day, knowing that you are treating your ears and soul to mesmerizing sound AND doing some good too: