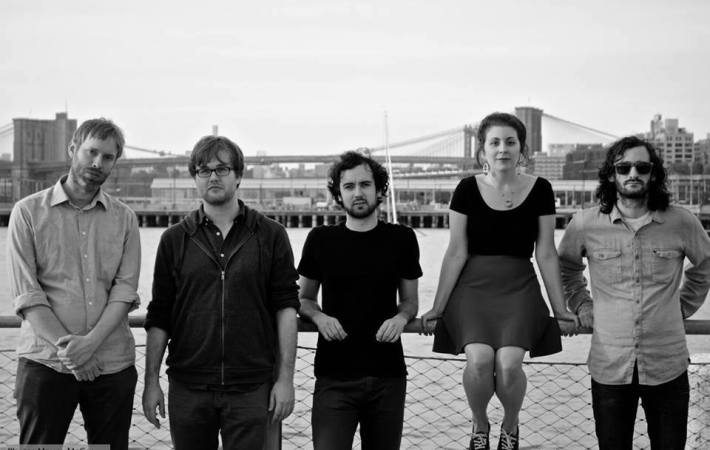 Mysterious and playful, “Gabriel” instantly grabs your attention and enchants with its harp harmonies and luxurious vocals. “Gabriel” marks the third single of Brooklyn-based Green and Glass before their self-titled album drops on February 14th. The avant-pop band is led by harpist and vocalist Lucia Stavros and rounded out by multi-instrumentalist Sam Decker, trumpeter Andrew McGovern, drummer David Flaherty and bassist Ryan Dugre. While I loved the song from the spot, the following band statement made me truly want to feature the track:

“‘Gabriel’ is about a figure that follows you around, absorbing some of what the world throws at you, like a hobbled guardian angel. Slightly mysterious, and always in the peripheral, it depicts an avatar of the mundane and profound. A pastoral epic, with perhaps the broadest scope of any song on the record, Gabriel finds its center in the interwoven guitar and harp ostinato which serves as the base for layers and layers of sound, all moving toward the joyous final chorus which is equally bright and heavy.”

What an appealing and comforting idea! Listen to “Gabriel”, our Song Pick of the Day: