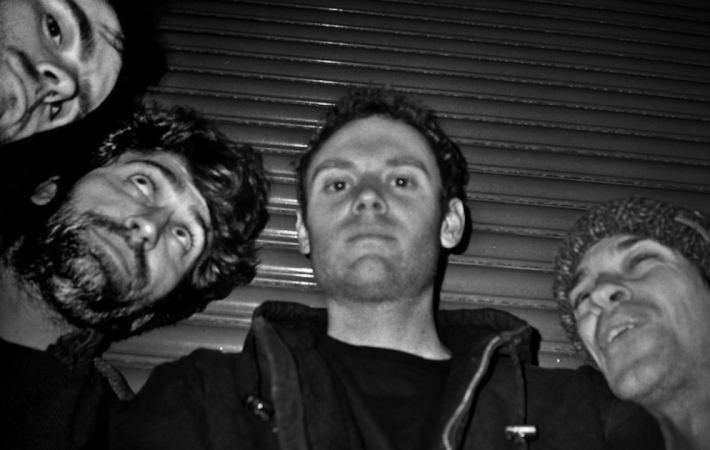 Ten months ago, we featured British indie-rock quartet Zooni with their mesmerizing debut single “Pany”. Since then, the four have released a few more singles and an EP, and now add the gorgeous “Dissolve” to their growing oeuvre. “Dissolve” is a quiet, multi-layered song in the tradition of Radiohead and the likes, and there’s just something so instantly captivating about it. No wonder that the track also provided enough inspiration for a super cool music video. The video’s director, Patrick Aitkens, says about the music clip:

“The energy and atmosphere of ‘Dissolve’ was the main source of inspiration to the visuals I created. I didn’t want to make anything too literal to the lyrics themselves, so used the dreamy, slightly-dark tone as a jumping-off point for a loose scene, somewhere between deep sea and deep space. I wanted to match the layered production of the song, to give it texture and a slightly rough feel. I created most of the animation as individual stop-motion drawings, then pulled them all together in After Effects to flow across the track. I like making things that spark the imagination, as this track did for me in creating the video, so I’d let the viewer make their interpretations of any ‘who’, ‘what’ or ‘where’s to the figure’s journey throughout the song”.

Watch the enigmatic, animated video, and listen to our Song Pick of the Day: