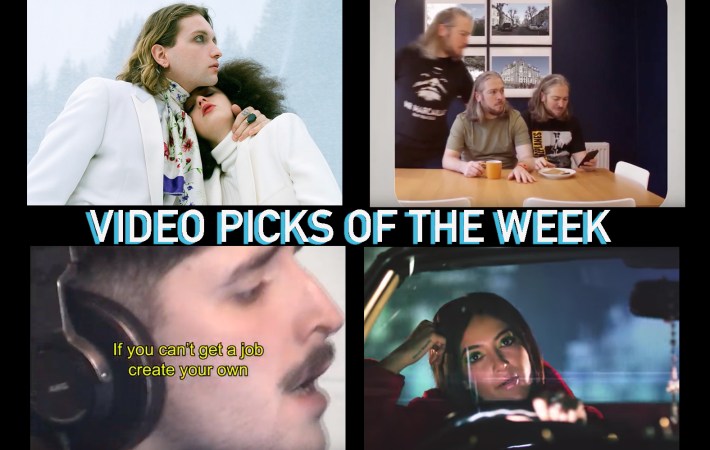 Canon – Saying Of The Seers

Featuring a New Orleans-style bluesy saxophone courtesy of Pete Fraser, the video finds Canon stuck in his own kind of “groundhog day”. Barry Dolan about his new single and video:

“‘The Saying of the Seers’ is a song about the long, slow winter routine. Of waking up before the sun rises, and trudging home after it has set. It’s about how the days and nights blend into one as you stare at the calendar waiting for the clocks to change. It’s about losing sight of the fact that it will, eventually, get better.”

We’re fans of the Paris-based trio ever since their irresistible single “Could U Stop” (#glamglarepick), and their new single and lyric video “Start Up Nation” proves once again that they are a band to watch out for. I got quite the Cut Copy vibe from that cool song and am looking forward to more from Keep Dancing Inc.

Directed by Alexandre Schild & Laureat Bakolli, “Idiot Fish” features Swiss alps, a lot of white in form of snow and cool fashion, plus some hot kisses. “Idiot Fish” is the new video by Lukas Ionesco together with Clara Benador.

Lux Lyall – Baby Is A Vamp

London musician Lux Lyall’s new video checks quite a few cinematic marks, among them a vampire story and some film noir scenes. “Baby Is A Vamp” is from her upcoming debut album, out on April 24.