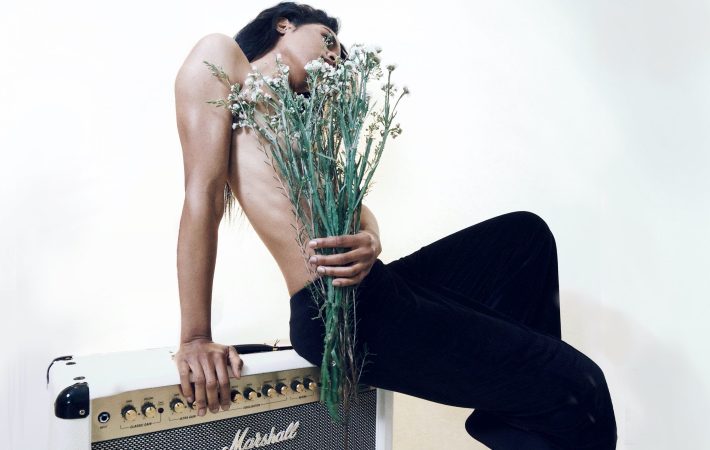 Get ready to be blown away but the latest song of L.A. musician Troi Irons. Equal parts airy pop song and fist-pumping power rock anthem – complete with a hot guitar solo – “Flowers” begs to be rewound and listened to again and again. As a multi-instrumentalist, Troi writes and produces all her music herself and given her experiences with collaborations she might want to keep it that way. Troi recalls about the inspiration behind “Flowers”:

Flowers is the ideological center and title track of my upcoming sophomore album. I wrote Flowers about this terrible writing session I had where the guy kept talking about himself and wouldn’t stop dicking around on his shitty guitar. There was no dialogue; I left in the middle of the session, feeling really stupid. Because I don’t often do writing sessions or any collaboration – it requires vulnerability. It’s like having sex. I even brought sandwiches for us to chat over he didn’t open his ??
The song and the album as a whole are a meditation on femininity and how I’ve rejected it for most of my life because people make you feel stupid for it. And they have all these fucked up, untrue definitions. I am trying to reclaim femininity for myself.

“Flowers” is the title track of Troi Irons upcoming second album. Listen to our Song Pick of the Day here: