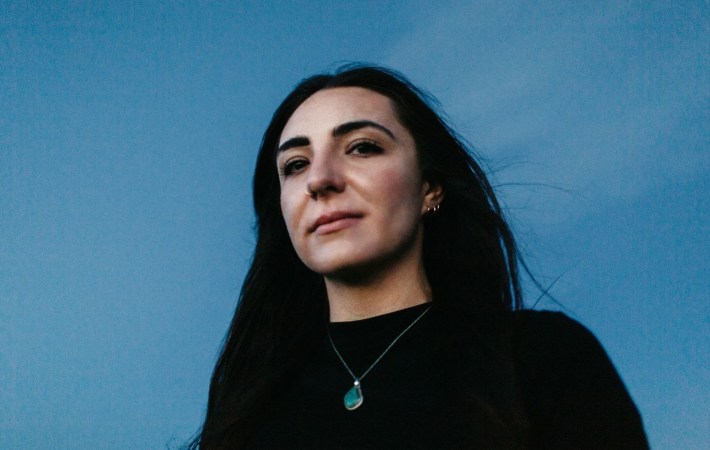 This probably sounds familiar: too much is going on, everybody wants something from you and you scramble to get it all right. New Mexico-based singer/songwriter Alie Renee Byland, who records under her last name Byland turned that state of mind into a song like a wave that slowly builds and then washes over you with a big orchestral finale. “Mine” will be on her debut album “Gray,” out on October 2.

Alie gives us some background about the inspiration behind the song:

“Mine” is about realizing that my energy is finite and that I have permission to say “no”. I grew up idealizing the notion of giving without limit. When I felt drained, I thought there was something wrong with me. Last Summer, I was feeling especially emotionally and relationally exhausted. I wrote this song while I had an overwhelming amount of calls, emails and texts to respond to. I intentionally wanted “Mine”’s rhythm and offset melody to feel abrupt at times, to express the sense of being pulled in polarizing directions.

Listen to our Song Pick of the Day “Mine” here: