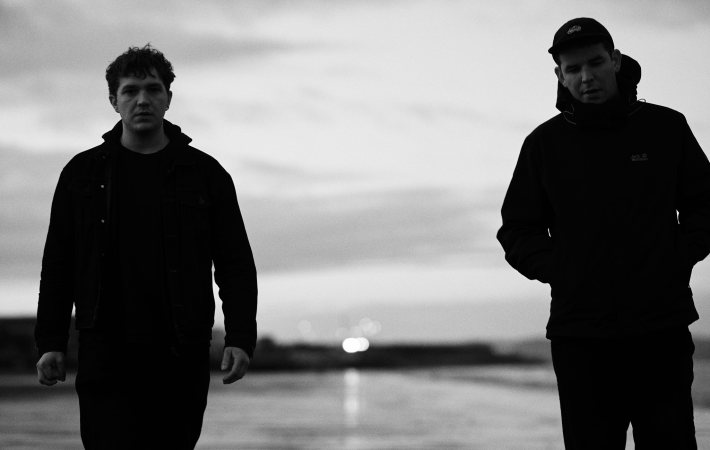 “Strangers”, the new single by Scottish duo Man of Moon, is as exhilarating as a fancy, fuzzy bubble bath squeezed into a four-minute song. It is as if Kraftwerk meets LCD Soundsystem, together they pick up Killing Joke along the way, and then they are going to party with Chemical Brothers and Röyksopp. I’m usually not one for making many (or any) references but “Strangers” got me quite excited and brought back some great memories from better… definitely different times, hence some name dropping.

Chris Bainbridge and Michael Reid, the two artists behind the moniker Man of Moon recorded their upcoming debut album “Dark Sea” at The Cottage Studio at Loch Fyne, overlooking prehistoric mountain structures, which influenced the album. Inspired by the magnificent nature that surrounded them Chris Bainbridge explains:

“The album’s moments of euphoria I think come from the fact that every time we stepped between takes we were just looking across the water at these huge, mountain landscapes.”

“Strangers” is the first taste for what is to be had come September 25th (Pre-order here.) Listen to “Strangers”, our Song Pick of the Day:

Connect with Man of Moon on Facebook, Twitter, and Instagram and add “SONG” to your playlist as we are adding it to our glamglarepick playlist on Spotify: