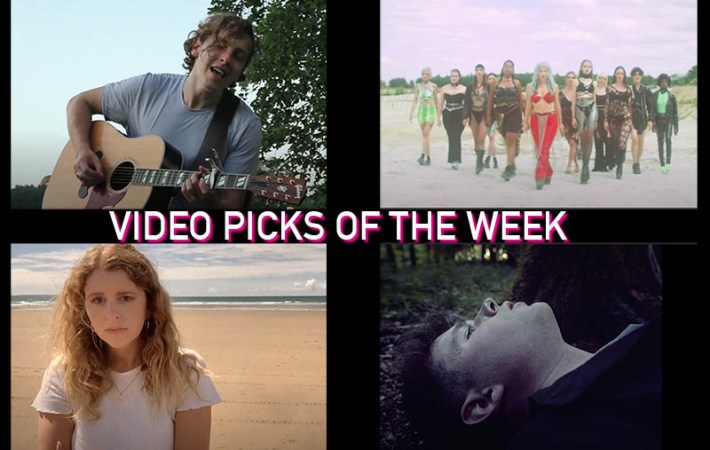 Austin Ward – Run the Other Way

Based in Los Angeles, alt-pop artist, singer, songwriter, & producer Austin Ward has dropped a new single  “Run the Other Way,” which will be part of his upcoming EP later this year. We came across Austin in June, when we had featured “Big Technology” as our Song Pick of the Day. Like with that song, Austin offers again a video for “Run the Other Way”, an introspect, and compelling little music film. He shot and co-directed the music video on a trip down to Mississippi with his significant other, whom he met over Zoom sessions, writing music together during the quarantine. The co-director of the video is Phoebe Hono.

When asked about the background to the song, Austin explains:

“It’s an ode to the person you turn to when you need saving from yourself. In a time where we’re all living a soberingly isolated existence, far from friends and loved ones, this song serves as a reminder to cherish even the smallest moments of human intimacy and connection. Love is ubiquitous, and can be found in the most unlikely places. That is, only if you choose to look for it.”

With “Flowers & Snakes” Italian-Czechi artist Giudi picks up where Grimes left off in 2012 with video: joined by a diverse group of women she dances through Mad-Max-like sceneries.

For her new video “Missing the Show” Welsh singer/songwriter Hannah Grace chose a backdrop as grand as the song. It also helps that many of us are missing the beach this summer. Hannah explains:

I really wanted to bring this song to life with some visuals. I filmed this video in one of my favourite places in the world; Newgale beach in West Wales. This place always gives me a clear perspective, so it felt like the perfect place for this song.

Hannah’s new album “Remedy” is out on September 25.

Matt Ryder – Not The Same

Matt Ryder is a singer, songwriter, and producer from Birmingham in the U. K. The all-round talent, young in age still, also stars in the video  to “Not the Same.” The video is directed by George O’Reilly and captures the mesmerizing, at times haunting vibe of “Not The Same” beautifully. Matt Ryder is quickly making a name for himself, gathering new fans with an impressive and highly compelling music catalog.