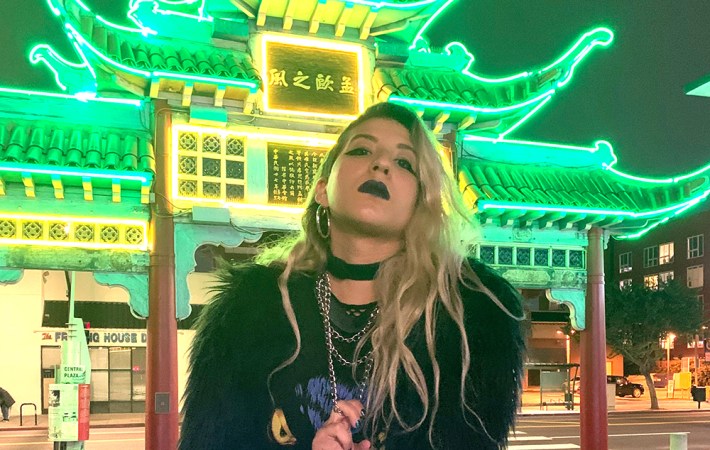 “Ever Enough”, the bright and joyful new single by Los Angeles-based singer and songwriter Kissy, makes for the perfect summer soundtrack, even for such a strange one as the one of 2020. Nightlife in general and clubbing, in particular, came to a screeching halt but we still imagine “Ever Enough” blasting from speakers somewhere, encouraging people to dance and to forget their troubles for a little while. Think mid 80s Madonna, the carefree, blissful, sensuous pop-vibe!

Kissy is the lo-fi indie project of Sasha Ortiz, who made herself a name as a touring and recording vocalist for artists like Sharon Jones and the Dap-Kings, Charles Bradley, The Kills, and more. We asked about the inspiration for her new single, and she told us:

“Ever Enough is a fun, danceable, late-summer take on feelings about facing deep insecurities within, wanting to be seen, and be worthy of love. I was inspired to write “Ever Enough” in response to Blood Orange’s 2013 ‘Cupid Deluxe’ track, ‘You’re Not Good Enough’.”

Always amazing what serves as inspiration for an artist’s own songwriting. “Ever Enough” is more than just ‘sufficient’. It is lavishly beautiful and oh-so irresistible!

Listen to “Ever Enough”, our Song Pick of the Day:

Connect with Kissy on Facebook, Twitter, and Instagram and add “Ever Enough” to your playlist as we are adding it to our glamglarepick playlist on Spotify: