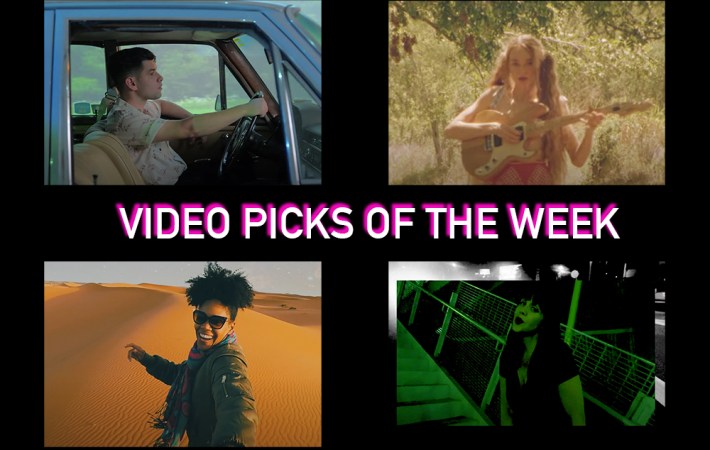 Aaron Frazer – Over You

Aaron Frazer announces his debut album “Introducing…,” out January 8th, 2021 on Dead Oceans/Easy Eye Sound with the charismatic single and video “Over You”. The single is a collaboration between Frazer and Dan Auerbach (The Black Keys). Frazer says about the song:

“‘Over You’ is inspired by the legendary northern soul 45s that electrified dance floors across the UK in the 1960s. Breakneck speeds and breakbeat drums challenged even the best dancers to pull out all the stops. Lyrically, ‘Over You’ captures a moment of despair in the darkest hour of a breakup. But sometimes to feel better, you just gotta shake your ass.”

The accompanying video is directed by Marc Parroquin and mesmerizes with a psychedelic color scheme, and plenty of dazzling 60s props, fashion and dancing style. Track and video are super sexy and fun! More of this, please!

Mamalrky – You Make Me Smile

Beautifully moody, “You Make Me Smile” comes ahead of Malmarky‘s self-titled debut album, out on November 20th via Fire Talk Records. (Pre-order here.) The video is directed and filmed by Vanessa Pla and shows singer/guitarist Livvy Bennett in different situations.  Unless you are made of stone, the video makes you essentially smile. Bennett says about Mamalrky’s new single and video:

“It’s really obvious that you have big feelings for someone when you can’t stop smiling around them and looking at them and getting all flustered no matter what they’re doing. Those simple interactions become so magnified and impactful, which is kind of what the chorus is trying to get across. I wrote the whole song parked in my car in the overbearing summer heat after a picnic that seemingly changed the course of reality. I was transmuting this lovelorn, unexpressed, guilty feeling into something I could actually say out loud even if just to myself for the time.”

Niki Darling – Take You There

New York singer/songwriter Niki Darling means it literally when she sings “Take You There.” As an avid traveler she captured footage from around the world and invites you check out all those beautiful places in her video. And if you don’t want to sit still while watching: the track is also highly danceable.

Violent Vicky – Under the Gun