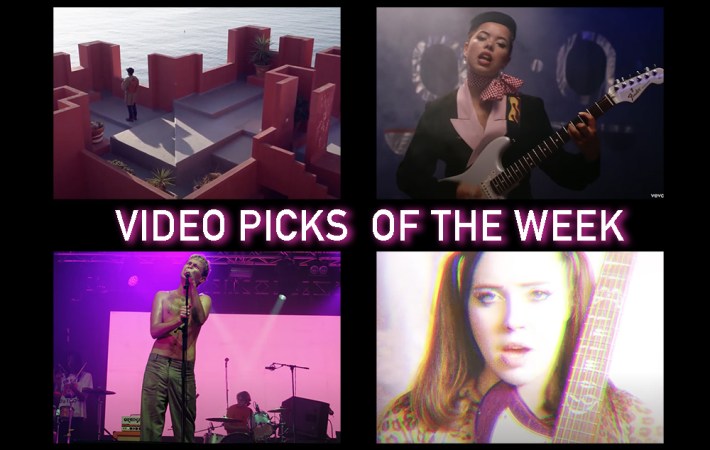 Belau – Risk It All ft. Amalah

The Budapest-based electronica project Belau not only delights with highly appealing music but with impressive videos, one more enigmatic and beautiful than the previous one. Announcing their album Colourwave, Belau offer the compelling video to “Risk It All” featuring Amalah,  directed by Péter P. Szabó.

London-based singer/songwriter Nilüfer Yanya takes on the part of a flight attendant in a cute DYI airplane. Why? Nilüfer explains:

The video for ‘Crash’ takes place on a flight. Last year, doing a lot of touring I found myself becoming more and more anxious each time I boarded a plane, something which was new for me as I’ve never had a fear of flying. With each flight we took it felt like the turbulence was getting worse and I was convinced my luck was due to run out. I didn’t write ‘Crash’ about being on an aeroplane but I really like it visually as an embodiment of the song

“Crash” is the first single from her upcoming EP “Feeling Lucky,” out on December 11.

This would have been the week to not only enjoy the breathtaking and surreal landscape surrounding Reykjavik but to also dig in an insane amount of live music during Iceland Airwaves where we saw London alt-rockers shame last year and loved them on the spot! While many British bands impress with a very lively performance, shame are easily among the especially exciting British acts. Their songwriting paired with impeccable vocal and instrumental skills make them a crowd favorite. The band created a live video for their new single “BiL” which gives a wonderful taste of what shame look and sound like live, yet -while it is splendid- it can not make up for the real thing. If anything, it only makes you want to see Shame live. Or many bands at a music festival… until then,